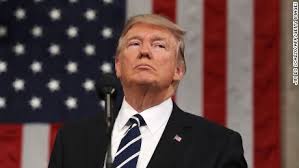 The only way to get rid of global warming is to quit using fossil fuels and NO ONE is willing to quit driving (1 billion cars in the world!), using their air conditioning, or curbing their energy lifestyle in any way. The left has no coherent policy to do anything, just a weak, unenforceable plan that establishes carbon credit extortion (pollute all you want, just pay us). Trying to blame this mess on one country or one politician is just creating a scapegoat and a hysteria designed to procure votes for a certain political party. Every time you turn a key in an ignition switch, remember you and your energy habits (and billions like you) are part of the problem. China and India are now massive polluters but are never criticized, nor do they listen to any criticism. The global warming alarmists get rich from books and lucrative research grants, and hop in their private jets to fly to conferences, burning thousands of gallons of jet fuel, and then return to their mansions that have a $2000 dollar a month electricity bill. These are the elitists who will save us? Global warning is you and me times billions. The oil producing countries (like Venezuela) continue to sell their oil to industrialized nations so they can pollute the air with it, yet blame the capitalistic economic system that they are feeding off of for all the world's problems (it would appear that socialism can't really thrive unless there is a functioning market economy in the world that generates wealth to siphon off). Solar, wind energy, thorium reactors, electric vehicles, hydrogen fuel cells, these are the ways out of this mess, not scapegoating, bombastic do-nothing hypocrisy for profit, and all the while continuing the status quo because nobody really knows exactly what in hell to do or wants to give up anything.

Mr Coronel you sound like a 126 year senile old man that reads and watches and absorbs leftist media propaganda.

Mr C. I think you are watching too much CNN.