MADURO IN TIME MAGAZINE LIST OF THE MOST INFLUENTIAL!! 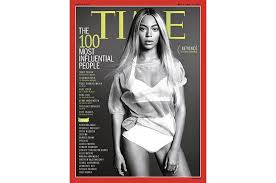 TIME magazine, May 5/12 double issue, has just published a list of the 100 most influential people.  Although anyone can do such a list some will receive more attention than others. Being included or excluded from TIME’s list can make or break reputations. Such an influence on public opinion should, therefore, be exercised with responsibility.
The Managing Editor, Nancy Gibbs, offers the main reference to the criteria utilized.  She says the list is of the most influential, not the most powerful, although the magazine does offer a Power Index, page 73, as partial support for its choices. She says that, while power is certain, influence is subtle, influence is a skill, a fingertip rather than a fist.  And adds: “We feature people who acquired expertise in one field and are now transplanting it to another”.
I cannot judge the general validity of the selections, as the choices carry inevitable subjectivity , as in the case of Ronaldo over Lionel Messi as an sport icon. However, I am pretty sure that the inclusion of Nicolas Maduro, the Venezuelan president whose legitimacy is in question, does not conform to any of the criteria we could deduce from the Editor’s explanation. It could well be the most incomprehensible and unjustifiable of the lot.  Certainly Mr. Maduro’s previous skill as a bus driver has not helped him any on the new job.  Qualities such as subtlety, skills, finesse, suggested by M. Gibbs as the main attributes of the most influential, are certainly not Mr. Maduro’s cup of tea.  In reading Nikhil Kumar’s profile of Mr. Maduro’s, page 127, even those with the most tolerant disposition will find little to justify the selection.


In including Mr. Maduro in its list TIME has sent a very powerful, wrong message to millions who yearn for democracy and freedom in the Americas.
Publicado por Gustavo Coronel en 5:07

Maduro in Time Magazine´s 100 most influential? Absolutely ridiculous! He can’t even convince his own to pay more than US$ 0.04 per gallon of gas

Is being able to convince by the use of force a criteria to make it into Time Magazine's 100 most influential?

TIME magazine was an important publication in the 1960s. It has become a liberal rag in the last few decades. I stopped having a subscription around 1968, at the tender age of 20. You have to be very ignorant to not have seen how it changed and became useless as an objective source of information.