BEYOND HUGO CHAVEZ: an analysis at the Hudson Institute, Washington DC 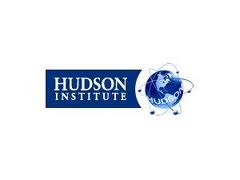 Yesterday I attended a meeting at the prestigious Hudson Institute, Washington DC, on the topic above mentioned. The moderator, Robert Pfaltzgraff, outlined the main questions related to Chavez’s death, as follows:


·        The financial crisis of the Venezuelan government?


·        Relations between Venezuela and Cuba. Relations with China.


The panelists were: Luis Rubio, the president of the Center for Research and development in Mexico City; Pedro M. Burelli, Venezuelan, former Director of PDVSA; Sebastian Salegh, Political Scientist at the University of California; and Antonio Jose de la Cruz, Director of Inter-American Trends.


It was an interesting meeting, although few of the questions posed by the moderator found categorical answers. Rubio and Salegh seemed to believe that Chavismo without Chavez would survive, while Burelli and de La Cruz felt it would not.  For de la Cruz the financial crisis of the regime, illustrated by the financial collapse of PDVSA was very significant. He said this year the deficit would be equivalent to 15% of the GDP and that the cash flow deficit of PDVSA was of 33%. Burelli spoke of a redistribution policy by the regime that only benefited their followers. Burelli strongly suggested that Maduro's days were numbered, while the others did not address this question in a direct manner. All panelists seemed to coincide that Chavez’s death would mean a weakening of the so-called Socialism of the XXI century, although Rubio said that Chavez’s legacy would be important since he empowered the poor and changed, perhaps permanently the electoral demographics in the region. He said “things will never be the same”. Cuba, they seemed to agree, would be subject to a political transformation that could be significant. The Fidel-Chavez axis is gone, said Rubio and the Maduro-Raul link is not as strong. De La Cruz felt the Cuban government‘s survival was in great peril. Both De La Cruz and Burelli called for a more pro-active role of the U.S. in Latin America.


Points of Interest in the presentations.


He said Hugo Chavez’s main impact had been on the poor. He empowered the poor politically and created a change in the electoral demographics in the region that could be of a permanent nature. Of all the four panelists he seemed to be the one more inclined to give Chavez’s legacy a chance to survive for a long time.


My comment: I could not disagree more. I believe that what is becoming common wisdom about Chavez, that of being a fighter against poverty, is a very dangerous misconception that does not hold up to the facts. The Chavez policy was one of redistribution of the Veneuelan oil wealth but this policy had three major flaws: one, it was not accompanied by a growth in national wealth; two, it was based on handouts, not on structural programs to eliminate poverty, and three, it was directed to political followers only, with the exclusion and at the expense of the “others”, the other half of the nation. The stagnation in wealth creation has meant that the size of the cake to be distributed has grown smaller and this has caused both social unrest and the financial crisis that the country is experiencing. Handouts provide a temporary illusion of well-being but do not solve the problem of poverty permanently. A fish a day, not the teaching of fishing, creates even more dependence while the end of poverty can only be achieved through the transformation of the dependent into a creator of wealth. By excluding half of the nation from this policy of handouts and benefits, Chavez created much social resentment and effectively impoverished much of the middle class. Contrary to what Mr. Rubio says, Chavez’s main “legacy” will prove to be, in time, his main crime.


Burelli was very emphatic on the destructive nature of the Venezuelan regime. He said that Maduro was a very poor candidate and leader. He lost his original 20 point lead in the poll in matter of a few weeks.  The regime is clearly not democratic and elections were fraudulent. He presented a detailed picture of the current political situation in the country and suggested that international public opinion as turning against the Maduro government, due to their anti-democratic attitude, including violence against the opposition. Of all the panelists he was the one who had the most complete “field report”. Although he made no predictions he clearly seemed to believe that the current situation is unsustainable and that Venezuela is heading for a major crisis in the short term.


Salegh focused on the electoral event that took place in Venezuela. He doubted that fraud could be proven and suggested, instead, that elections had been “unfair”, one side having advantages over the other. He seemed to believe that unfairness and fraud belonged to  two different moral categories, not to be mixed up. He predicted that Nicolas Maduro would find competition from within his own group and indicated that Diosdado Cabello could challenge him in the short term.


He presented a set of very systematic slides that were very informative, although there were no copies available for the audience. He gave information on the costs for Venezuela of financing ALBA and Petro Caribe but I did not write down the figures. I believe he spoke of a subsidy to Cuba only of some $10 billion per year, which I felt it is exaggerated. I would place at some $3 billion per year. He mentioned the problem of the national debt: $ 22 billion to China, $12 billion to Russia, some $5 billion to Brazil, etc. He said the deficit this year would be of 15 percent of the GDP, an enormous deficit. He painted a very serious picture of Venezuelan finances. I concur.  One of the major crimes of the Chavez era has been the disastrous manner they have pilfered and stolen an enormous income and, on top of this, have engaged in a suicidal spiral of debt.


A good meeting, very well attended. No doubt someone from the Venezuelan embassy was there, to hear the panelists.
Publicado por Gustavo Coronel en 4:49

As a follow up to the brief didaction you gave of the presentations of the four speakers, I would like to add the following:

Re: Luis Rubio -- I think it is less the case that Chavez created a change in the "electoral demographics of the region" than it is that he created a template for "electoral manipulation" by populist regimes leaving all the cards in the hands of those holding power; including state intimidation of mass media, non-transparent voter registration, suppression of open reporting of electoral results, and on-site intimidation of voters by various means.  Too often commentators outside the country deal with what comes out of the electoral process in Venezuela while ignoring the real facts of what goes into it, which is the real story.  The "Chavez Model" for electoral manipulation has been copied elsewhere and really should be called for what it is--fraud by design.  That is the real Chavez legacy.

Pedro Burelli -- Pedro Burelli has always been a refreshing antidote to the propagandizing of the left and the short didaction you gave suggests that he was in regular form.  I can only say that I hope he is right about the "short term" prospects for Maduro.  I still worry that there is a gorilla within Chavismo waiting to come out that will be much more violent than we can envision at this moment.

Sebastian Salegh -- With respect to his argument about the inability to prove fraud, we're still back at my final point on Luis Rubio, we need to see what went into the process--especially the cuadernos--and we're not going to get it.

Antonio Jose de la Cruz -- I also wish I could see the statistics of the presentation you outlined.  The outlook for the Venezuelan economy does not look good and the more Chavismo they get, the worse things will become.

Dear Jacob:
Your comments are right on. In particular, those concerning the transparency of the electoral process.
I believe an institute such as Hudson, Cato or Hritage could, probably hould conduct research on these two topics: WasChavez a true defender of the poor? and, What constitutes electoral fraud in Latin America?