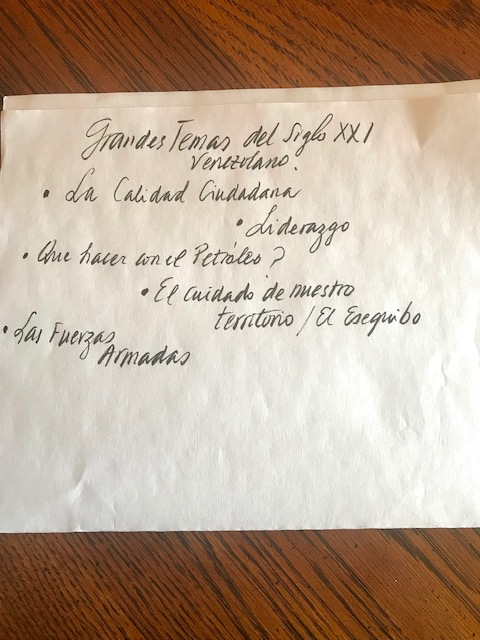 A LETTER TO WILSON CENTER: THEIR REPORT ON VENEZUELA

I saw your recent video on “Democratization in Venezuela: Thoughts on a new Path”, and  later read the report authored by Michael Penfold, supported and approved by an impressive array of political scientists and educators from Venezuela, the U.S. and Europe *

I congratulate the Center for this important work on what should be done in Venezuela, a country that not only should be awakened from its current social and political nightmare but should also recover its sense of national dignity, almost completely eroded away by twenty years of humiliations at the hands of a corrupt and stupefying regime. I would like to comment on this important work, as follows (I present the main points made in your report in italics, followed by my comments):

My first, general comment, about the report is that its thrust is excessively pragmatic, what could be defined as consequentialist. Although this emphasis on results is perfectly respectable, it does not consider an alternative deontological approach, as in Kant’s categorical imperative, which states that we should guide our actions not by potential outcomes but by universal ethical principles, no matter what the outcome might be. I find that the ethical aspect of the Venezuelan tragedy has been almost neglected by political scientists and politicians.  I consider this Kantian perspective essential for a long term, lasting solution to the Venezuelan tragedy, one that attends not only to the social body but also to the national soul.

1.     The report, you say, “departs from a fundamental premise: that Venezuela’s dire and destructive impasse cannot be resolved until both the Venezuelan government, led since 2013 by Nicolás Maduro, and the opposition interim government established in 2019 under Juan Guaidó, recognize that their strategies have failed to solve key practical problems faced daily by Venezuela’s impoverished population, and that each lacks enduring public support to chart a credible path forward”.

In this paragraph the report assumes both sides to be morally equivalent. It claims that both Maduro and Guaidó have failed to solve the “practical” problems faced by the suffering Venezuelans and, therefore, each lacks public support. In other words it defines both groups as “illegitimate” in the eyes of the nation. In my view this is wrong politically, socially and morally. The Maduro regime has failed to solve the problems of Venezuelans for the simple reason that they have been in the business of creating problems, not solving them. Their regime is one of oppression and impoverishment while Guaido’s government, constitutionally more authentic, lacks the material resources or authority to do the job.

2.     Such a major premise of the report leads to the assertion that “A negotiated accord, reinforcing democratic norms and institutions and promoting cooperation across political divisions, is in the interest of those who have supported the chavista movement, those who have opposed it, and the rest of Venezuelans”

Again, this would acceptable if all considerations were only pragmatic, concerning immediate results, but this is not the case. Consider the long term. When victims sit at the table with the kidnappers they lose much, if not all, of their moral authority to treat with similar problems in the future. They accept that “crime pays” and this will send an ominous message to future generations, while fueling the temptations of future autocrats. These autocrats will know that if they persevere in their cruelty and absolute exercise of authority, the people will end up by sitting with them at the table and making concessions that will allow them to escape the full application of justice.

The report makes a point to explore steps aimed at peaceful coexistence. For those citizens who have grown up to believe in the victory of the good, who have been told at home and in school that they should never break bread with gangsters or tolerate crime, this objective sounds hard to swallow, especially if recommended by an such an illustrious group.

4.     The report states that: “the Chavez movement widely distributed the benefits of the large increase in oil prices”.

Although this statement is a secondary issue in the report it cannot go unchallenged. Chavez did not distribute widely the benefits of the large increase in oil prices. Chavez took advantage of the windfall in oil income to establish a gigantic operation of distribution of food, cash and even automobiles and housing handouts among the poorer sectors of the population and the members of the armed forces, in exchange for demands of political loyalty. None of this windfall went to the middle class and much less was dedicated to structural education, infrastructure or health programs. Chavez gave a fish a day, but never tried to teach how to fish. When the oil windfall ended, the poor ended up poorer than ever before.

5.     “Venezuela’s exit from its current tragic situation will require massive institutional rebuilding, which can only emerge from some type of political agreement, which hopefully might yet surface from the negotiations initiated in Mexico City and subsequently suspended”

If we follow the pragmatic line of reasoning the Mexico negotiations make sense. When ethical considerations come into play it becomes evident that these negotiations are between kidnappers and hostages, not between two groups of the same moral quality. Maduro has a prize of $15 million on his head, offered by the U.S., which also happens to be one of the countries promoting the negotiations, a paradox. In Maduro’s Venezuela dozens of Venezuelans are in prison, subject to mental and/or physical torture. International organizations are formally investigating Maduro for genocide or lesser crimes. Shaking hands with them in Mexico is magic realism.

6.     Among the steps to be taken the report mentions: (a), the Mexico negotiations should include the discussion on constitutional reforms that reduce presidential powers and grant greater financial autonomy to regional and local governments. The reforms must reduce the stakes of holding power and the costs of being in the opposition. These constitutional reforms should also include eliminating indefinite reelection, which would allow an honorable exit for Maduro in 2024 and a renewal of chavismo. Finally, reforms to the electoral system need to be introduced; (b), Regarding the armed forces,  the opposition ought to develop a solid proposal that not only improves its credibility with the military but also clearly communicates the legitimate participatory role of military institutions in the democratization process. (c), regarding transitional justice, “Venezuela cannot stop the documenting, investigating, verifying, or prosecuting of all these cases. No form of amnesty can encourage “forgetfulness.” Instead, it can create a framework for transitional justice that considers the national legal framework and international treaties that include Venezuela, but that still makes the political process viable. (d), the lifting of sanctions: “Considering the complexity of this situation, if the United States and the opposition decide to gradually lift economic sanctions, they should also be prepared to respond to demands for concessions in other areas valued by the Maduro regime, such as the lifting of individual sanctions, relocating the US Embassy from Bogotá to Caracas, and recognizing Maduro as president from the moment of the final agreement until 2024”.

This group of recommendations, if followed, will result – for all practical purposes – in the survival of Maduro’s regime for at least the next two years and would provide this gang of gangsters with a patina of legitimacy that violates all our instincts of decency.

I know these recommendations, supported by notable scholars, are offered with the best of intentions and could conceivably get some short term results that alleviate the daily suffering of many Venezuelans. However, the price to be paid by coexisting with these criminals, in terms of lost dignity and violation of basic moral principles will be too high.

To judge by what we know of the recent “elections” in Venezuela a results oriented strategies might not really work. Abstaining was of the order of 60%, which clearly indicates that the people of Venezuela equally reject the corrupt regime and the cooperating opposition. Maduro is now saying that the Mexico negotiations will not be renewed until the criminal Alex Saab is freed by the U.S.  Clearly, this is a man who cannot be trusted.

I favor a clear and decisive stance of non- violent or, if need be, violent public dissidence and resistance against the chavista/Maduro horror, whatever the consequences. I know this is the harder road to follow but I have the conviction is the only one that can keep Venezuela as a viable society, one in which deontological, principle oriented action should be given more weight than the pragmatic.

* Members of the Group supporting the Wilson Center report: 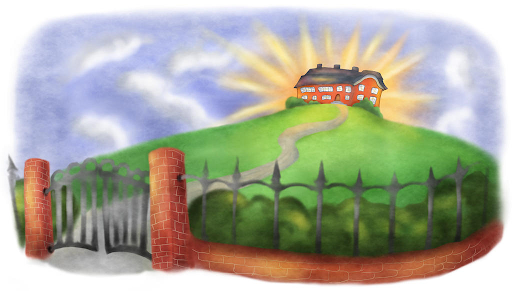 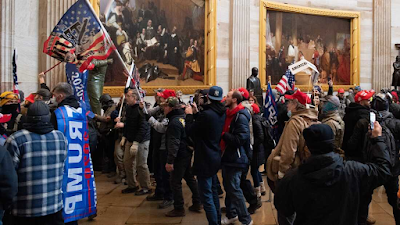 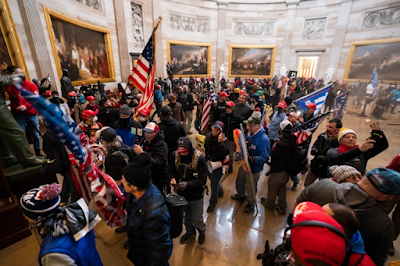