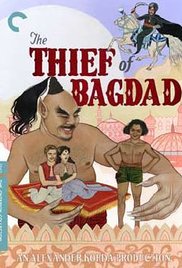 In 2008 I wrote a summary of the terrorists activities in Venezuela and reported on El Aissami's links to arab terrorism. There was plenty of information on this person back then. See:
HUMAN EVENTS


Hizballah in Venezuela: Will the U.S. move?

gcoronel | Monday Jun 23, 2008 3:01 AM
That Venezuelan strongman Hugo Chavez’ regime is enabling Islamic terrorist organizations to take root in South America is no longer in question.  What will the US do?
In December 2002 freelance journalist Martin Arostegui published an article in Insight Magazine (“Chavez plans for a terrorist regime”) in which he reported the arrival in Venezuela of Hakim Mamad Ali Diab Fattah, a member of Hizballah. Venezuelan officials received him at the airport. In connection with his presence in the country Arostegui interviewed the former Venezuelan Intelligence Director, General Marcos Ferreira, who said Fattah represented only the tip of the iceberg in a Cuban-Venezuelan operation to promote the infiltration of terrorists from Hizballah into the U.S. Between 200 and 300 Cuban intelligence, he added, were already active in this project within Chavez inner circle, led by Cuban Captain Sergio Cardona. Ferreira also identified Ramon Rodriguez Chacin, the current Minister of the Interior of Chavez, as Chavez’s designated link with the terrorists. In 2005, Barbara Newman reported that the Venezuelan Island of Margarita had become a main center of financing for Hizballah in Latin America and that members of this organization were entering the U.S. with Venezuelan documents obtained in that island.
In 2006 I reported on the installation by Hizballah of small cells in the Venezuelan side of the Guajira Peninsula, bordering with Colombia. (Gateway Pundit, September 1, 2006).
Also in 2006, a report by a U.S House of Representatives sub-committee led by Texas Representative Michael McCaul (R-Tx)  asserted that the government of Hugo Chavez was providing support to terrorists, including false identity documents that “could prove useful to radical Islamic groups”. Venezuela, the report added, “is emerging as a potential hub of terrorism in the Western Hemisphere, providing assistance to the Islamic radicals from the Middle East”.
In the last weeks a fresh wave of detailed information about the links between Hugo Chavez and Hizballah has emerged. Writing for Caracas newspaper “El Nuevo Pais”, Venezuelan exiled journalist Patricia Poleo has published two articles (June 13 and June 20, 2008) in which she describes how Hizballah in Lebanon is training young Venezuelans in the use of firearms and explosives. “The young Venezuelans”, she says, “are members of Chavez’s political party PSUV, and are recruited by, among others, Tarek el Ayssami, current Venezuelan Vice-Minister of the Interior and by Gahzi Nasr Al Din, at the Venezuelan Embassy in Damascus, Syria [later moved to the Venezuelan embassy in Lebanon]”. Poleo says that, after the Venezuelans trained in Lebanon return to their country, they link with radical groups of their same party and of the Bolivarian University. These groups, Poleo adds, are closely connected with Hizballah in Venezuela and with Iraqi Al-Qaeda members living in Venezuela, as well as with the Venezuelan chapter of the Palestinian Democratic Front, led by Salid Ahmed Rahman, who has his office in downtown Caracas. Poleo says that there are ten or more training camps of Hizballah in Venezuela. She identified one of the most notorious members of Hizballah in Venezuela as explosives expert Abdul Ghani Suleiman Wanked, who is Hizballah leader Hassan Nasrallah’s right hand.
Her second article provided specific information about the connections of Hizballah terrorists with the Chavez regime. Poleo says that a key man behind this activity is Raymundo Kabchi, a Lebanese born lawyer with Venezuelan nationality. Mr. Kabchi has been an “advisor” to the Venezuelan Foreign Minister for some years and is the person who recommended Nasr Al Din for his job at the Venezuelan embassy in Damascus, Syria.
Very recently the U.S. government moved against some Venezuelan members of Hizballah. June 20 the Treasury Department designated two Venezuelan supporters of Hizballah, Ghazi Nasr Al Din, the same person mentioned by Poleo in her articles, and Fawzi Kan’an, along with two travel agencies owned and operated by Kan’an. This designation was taken pursuant to Executive Order 13224, which targets terrorists, those acting on their behalf or those providing them with financial, technological or material support. The assets of these two persons in the U.S. have been frozen. In their designation the Treasury Department asserts that Nasr Al Din has facilitated the travel of Lebanese Hizballah representatives to Venezuela to ask for financial support. Kan’an is also identified as a major financial supporter of Hizballah.
Together with the abundant evidence linking the Chavez regime with the Colombian FARC, as increasingly accepted by hemispheric and European governments, the information linking Chavez with Middle Eastern terrorism puts him under imminent danger of being formally charged by the U.S government as a promoter of terrorism. His recent about face concerning the narco-terrorist FARC, distancing himself from this organization, appears to be a tactical diversion, rather than a major change in strategic orientation.
The U.S. government appears to be getting closer to move decisively against the regime of Hugo Chavez. In doing so, it could — and probably should — declare Venezuela a state sponsor ot terrorism.  This could create a major political and economic crisis due to the importance of Venezuela as an oil exporting country and the extreme dependence of the U.S. on oil imports. However, this is one potential crisis that seems to be no longer avoidable, one that is no longer if but when.
Publicado por Gustavo Coronel en 8:56 1 comentario:

A new letter to FAO regarding Venezuela

February 20, 2017
Mr. Jose Graziano da Silva
Director General of FAO
Rome
FAO-HQ@fao.org
Dear Mr.  Graziano da Silva:
FAO in Venezuela is a shameful organization
Last year, in March and May, I sent your office two letters in which I denounced the cynical behavior of the FAO representative in Venezuela, Mr. Marcelo Resende, see: http://lasarmasdecoronel.blogspot.com/2016/05/a-new-letter-to-fao-italy-about-its.htmlm .
These letters received no reply. In this new letter I wish to reiterate my complaint, given that the cynical attitude of FAO in Venezuela remains unchanged. It is truly unacceptable to see how FAO keeps supporting and congratulating the performance of the Venezuelan political regime in the availability and distribution sectors, against all public evidence to the contrary. There is no need to be a food and nutritional expert to see that Venezuela has been for several years now under a severe crisis. In 2016 the former secretary general of the United Nations had this to say: “On the Venezuela situation, we have been closely following the situation there. I know that the economic situation is very difficult, and there have been many protests expressed by the people, not only by political parties. Again, all these issues should be very seriously listened to, the voices of the people, and these issues should be addressed very seriously as soon as possible, respecting the freedom of assembly and freedom of the media. This is my comment on this, see: https://www.un.org/sg/en/content/sg/press-encounter/2016-10-03/transcript-secretary-generals-press-conference-palais-des

In spite of this and other abundant evidence to the contrary, in 2013 you presented a diploma to President Nicolas Maduro in your Rome headquarters “honoring achievements in combatting hunger”. Mr. Maduro gave his thanks in a speech, see: https://www.youtube.com/watch?v=lzOwYPLWxo8, in which he gave credit to former dictator, Hugo Chavez, for eliminating hunger in the country. This was received by your audience with much applause.

In June 2015 then Venezuelan Vice-president Arreaza (now replaced by a person fingered by the U.S. government as a drug kingpin) gave a speech in which he used official statistics that differ significantly from the findings of Venezuelan and non-Venezuelan independent observers such as CARITAS, see:  https://www.youtube.com/watch?v=W3SOO6kYyDk.
A December 2016 report by CARITAS reveals serious malnutrition in the four  Venezuelan states surveyed, see: http://www.actuall.com/wp-content/uploads/2017/02/L%C3%ADnea-Basal-del-Monitoreo-Centinela-de-la-Situaci%C3%B3n-Nutricional-Caritas-de-Vzla.pdf?mkt_tok=eyJpIjoiTmpCaU5tUmlObUV4TUdVMSIsInQiOiI3UE82dkx5bHF1K0tzSjNaVWplMVJJRThyelN2aUhBSTRkWWVMclNwS1liMHB3ZnBiNStQXC95cFM3cE4xclE0bDlDUHpBbnUrUWo0RFlSMHlMUHVyZ1BFekYzaTdEVkt6ajVrMktFc2szNTBMR1gzVGNqZlMralRrRlIxWmZwQlMifQ%3D%3D . In this report they talk about up to 25% of children surveyed with acute malnutrition; malnutrition of medium severity in the states of Zulia and Vargas; family food intake of very low quality, lacking in critical nutrients; people eating garbage found in the  streets and other horror stories.
Meanwhile Mr. Marcelo Resende, your man in Caracas, has kept arguing in favor of the Venezuelan regime and refusing to accept the existence of a humanitarian crisis in the country. Last year he said, see:   http://news.xinhuanet.com/english/2016-07/20/c_135528096.htm: “Marcelo Resende, Venezuela's representative for the United Nations Food and Agriculture Organization (FAO), told a food supply meeting that the south American country "is not in a position for humanitarian aid.. Freddy Bernal from the Local Committees for Supply and Production (CLAP) shared Resende's perspective through his Twitter account that Venezuela doesn't need humanitarian aid, opposing what leaders of the local right-wing opposition said. In April 2015, the FAO acknowledged Venezuela's fight against hunger, the eradication of poverty and guaranteeing food”.
These and other FAO claims of support for a regime that has converted Venezuelans into beggars for food, instituting a perverse system by which they distribute low quality food bags (a source of immense corruption) to the Venezuelan people in exchange for political loyalty, constitute an immoral posture which has gained FAO much repulse from decent Venezuelans.
I ask you respectfully, once again, to put things right in Venezuela’s FAO office and in your own headquarters, so that your organization stops being an accomplice of the tragic crime being committed by the Venezuelan regime of Nicolas Maduro.
Sincerely,
Gustavo Coronel
gustavocoronelg@hotmail.com
Phone: 703-3567470 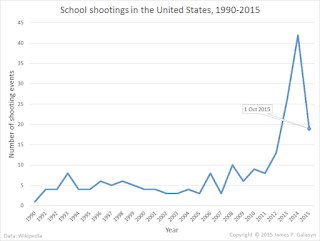