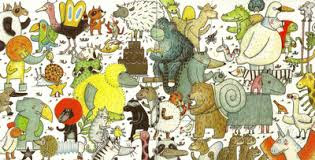 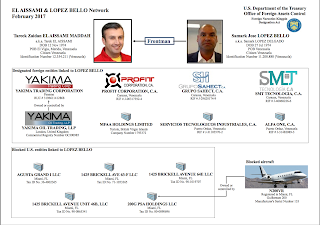 EL SENADOR MARCO RUBIO PRESENTÓ EL INFORME AL PÚBLICO
Dijo:
"One of the richest countries in the region, one of the richest countries in the world in terms of its resources. Venezuela is an oil state that is also rich in farmland, by the way, yet its corrupt and dictatorial government is running out of money and can’t afford to feed its own people. As that nation continues to melt down, the regime’s growing transnational criminal networks are getting exposed. We see the Maduro government is not just a dictatorship—it’s also a criminal enterprise."
Marco Rubio 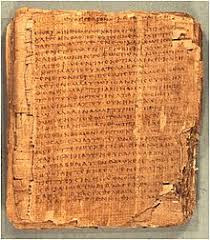 London Review of Books
Dear Sirs:
I attach the following comments on Greg Grandin's review titled "Down from the mountain". I am a Venezuelan geologist and have kept a running analysis of the Chavez years in my blog : www.lasarmasdecoronel.blogspot.com . In my view Ignacio Ramonet and Greg Grandin, among others, are failing in their attempts at creating a myth Chavez. He is progressively recognized as the main motor behind the current Venezuelan tragedy.
Gustavo Coronel
8360 Greensboro drive #710
Mclean, Virginia 22102
USA

In a long review of a book by Ignacio Ramonet: “Chavez: My first life”, read it here: https://www.lrb.co.uk/v39/n13/greg-grandin/down-from-the-mountain?utm_source=newsletter&utm_medium=email&utm_campaign=3913&utm_content=usca_subs , Greg Grandin describes the social and political chaos which prevails in Venezuela but fails to identify correctly its true reasons, claiming falling oil prices as the sole culprit for the Venezuelan tragedy. His review is little more than an ideologically driven white washing of the Chavez years and, as such, contains important factual and conceptual errors, some born of ignorance while some others are fantasies that could only be accepted by ideologically related readers.
Much of the review by Grandin is dedicated to the Chavez pre-era. He justifies the military coup staged by Chavez in 1992 as being a movement for clean government and in defense of the poor. He fails to mention that Chavez had been planning this coup against democratically elected governments for about ten years, first as a student in the military academy and, later, as a member of the Armed Forces, finally to see it collapsing due to his clumsiness and cowardice. The country rejected the coup but did elect him as president six years later, due to the prevailing popular perception that a radical change in the political system was required. What Venezuelans did not realize was that change is not always for the better. 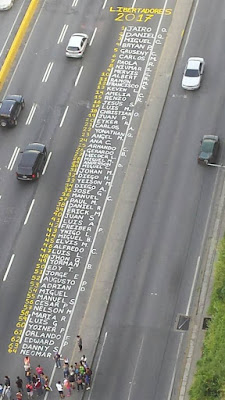