Miguel Cabrera to protesters in Venezuela: 'Keep fighting for a better country'

Miguel Cabrera is the most prominent of several Tigers players from Venezuela. (Mike Mulholland, MLive)
PrintEmail

By Evan Woodbery | ewoodbery@mlive.com
Email the author | Follow on Twitter
on May 23, 2017 at 10:17 AM, updated May 23, 2017 at 10:29 AM
HOUSTON -- Two of the greatest Venezuelan baseball players in history -- Miguel Cabrera and Omar Vizquel -- joined four members of the Texas Rangers Sunday night to issue a three-minute video message on ESPN about the situation their home country.
The videos are not new. Many players have issued appeals for peace as the climate in Venezuela has deteriorated this spring.


But it's significant to note that players like Cabrera, who once spoke cautiously about the combustible political climate back home, are now speaking forcefully and openly in support of the protesters who are demanding an end to what they say is a dictatorial regime.
These are not vague calls for peace; this is a call for an end to the nearly two decades of rule by the late Hugo Chavez and his political heir, Nicholas Maduro.
In the message in Spanish, Cabrera said he wanted to give "a message to all the young people fighting in the street" to express solidarity. Cabrera expressed support for their efforts to make a "better country" and said their efforts will not be "in vain."
In a separate interview in English on Monday, Cabrera echoed that sentiment. "We're going to be here supporting them, no matter what: Keep fighting for a better country," he said.
Venezuela was once the most prosperous country in South America, but in recent years it has stood on the brink of ruin, with nearly worthless currency and shortages of food and medicine. Protests against Maduro reached new heights after an attempt to dissolve opposition-led legislature. More recently, he's called for a Constitutional convention that some see as an attempt to permanently enshrine a communist-style dictatorship.

Anibal Sanchez, struggling with Tigers, accepts demotion to Toledo
The Tigers could not have been optioned Sanchez without his permission. Manager Brad Ausmus said Sanchez accepted the move out of a desire to pitch on a consistent schedule as a starting pitcher.


By some estimates 43 people, many of them young, have died in the ongoing protests. Violence, looting and other unrest continues to plague the country.
In addition to Cabrera and Vizquel, Victor Martinez, Francisco Rodriguez and Dixon Machado are also from Venezuela. Anibal Sanchez, Bruce Rondon, William Cuevas are on the Tigers' 40-man roster but currently pitching in Toledo.
Publicado por Gustavo Coronel en 10:59 1 comentario: 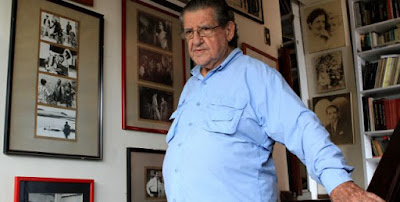