LETTER OF A VENEZUELAN POLITICAL PRISONER. 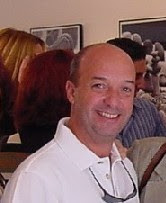 Mr. Simon Simonovis is one of tens of political prisoners of the regime of Hugo Chavez who are currently being held without trial or subjected to contrived, lengthy trials by a regime that controls the judiciary sytem and uses it as a tool for revenge. Hundreds of prominent dissidents, while not being sent to prison, are being subject to odious discrimination and treated as second class citizens. Millions of common Venezuelans have been listed as enemies of the revolution, their names held in contempt by the "revolutionaries"and, whenever the ocassion presents itself, victimized by diverse forms of retaliation in their daily lives (no identity documents made available, no jobs in government, no places in universities for their sons and daughters, no foreign exchange, etc). Mr. Simonovis wrote a letter recently describing his ordeal , which I have felt compelled to translate, in an effort to put it within reach of public opinion in English speaking countries. Although my blog is not widely read, I hope the letter can be reproduced by fellow-bloggers, so that U.S. citizens and other English speaking peoples know what the political situation looks like in Venezuela, where abuse of power has become characteristic of the political regime.
***CHAVEZ: STOP MEDDLING IN COLOMBIAN AFFAIRS AND RELEASE THE POLITICAL PRISONERS OF YOUR REGIME!!!
_________________0____________________

***THIS IS THE ENGLISH TRANSLATION OF THE LETTER WRITTEN BY POLITICAL PRISONER OF HUGO CHAVEZ, SIMON SOMONOVIS.
**NOTE: THIS IS MY TRANSLATION, NOT SEEN BY MR. SIMONOVIS.

Today, March 20th, 2008, I address my country once more, through a letter that has to travel across prison bars to be read. Today I have been 24 months under trial and 38 months in prison, confused and living in between cholera and sadness, full of uncertainties and frustration, feeling in the middle of nowhere.
My friends and relatives always advise me to be patient, that all will be resolved. Certainly, in infinite occasions we must face situations that test our patience and tolerance, but all has its limits. I ask: How much longer will inflexibility prevail? The government is not giving ground and, far from adopting a conciliatory posture, increases its hate and revengeful attitudes.
At this moment, while our political leaders ask for peace in Colombia they continue to sow anger, unhappiness, suffering and, as a result, violence [at home]. This leaves us, among other things, with more than 14,000 deaths per year.
I am Venezuelan, 48 yrs old, married with small two children. I worked as Criminal Investigator for 23 years in the [Venezuelan] Technical Police. I received commendations and medals for my work and occupied several positions in this institution. Precisely because of these achievements I was sent to the Main Mayorship, as Security Secretary, overseeing all of metropolitan Caracas. My objectives were to coordinate all public security policies. This is the crime I am paying for today. I am guilty of being what I was, not guilty of doing whatever they feel I did.
Persecution and punishment have no limits for this [Chavez] regime. Through its political arm, the office of the Attorney General, it changes and distorts reality to convert into criminals all those citizens the government dislikes, even if they are its own sympathizers.
I was illegally detained in November 22, 2004, without my rights being read to me, and driven by force and at gunpoint to a military base in the city of Barquisimeto, State of Lara. I was held incommunicado. Later I was moved at random until I was taken to the headquarters of DISIP (the Intelligence Police) in Caracas. During this time they manufactured the documents required to “legalize and justify” my imprisonment.
The office of the Attorney General accuses me of giving orders by radio [to incite violence] but has not been able to present any proof of this, simply because such proofs do not exist. Meanwhile, time goes on, as merciless as the farce that keeps me as a prisoner. My life is reduced to a corridor 25 meters long and only 1,5 meters wide and a 2x2 meters cell. Everything around me is concrete walled, without windows; I only see the sun once every 15 days. All of us here only breathe the same air others exhale. I call the corridor, Death’s row.
My case is no longer a simple legal case. My case, as well as Vivas’, Forero’s and the eight Metropolitan policemen’s [being tried for the same reason] are a main illustration of political power being wrongly applied. It is the example, the icon, and the symbol of repression that characterizes the work of this regime. This reveals a lunatic style, similar to those of other global political leaders who have fallen prisoners of their perverted games of power.
In its anxiety for revenge the regime installed this trial in the State of Aragua. They test our patience, forcing us to travel, so far, some 36,000 kilometers in shackles, over 500 hours of car travel. Often we have arrived to the site of the trial only to find that, for whatever reason, there will be no session. This must be the longest trial in history. The judge is Dr. Marjorie Calderon and she has presided over 180 sessions, in 24 months, more than 1,000 hours of sessions. During this time more than 175 witnesses have testified, 6,000 photographs have been presented, more than 15 hours of videos, 250 items have been analyzed by 40 experts from the Intelligence Institution and all these efforts reach invariably the same conclusion: There is no connection whatsoever between the policemen of the Metropolitan force and the April 11, 2002 events, much less of my participation in such events.
My lawyers have tried all available recourses, within the framework of the law, in order to obtain some benefits, among the, to continue the trial in freedom; appeals; revisions of sentences, etc. The last request was made in connection with an amnesty law passed by the government in December 2007 but all benefits have been denied to me. However, the persons who were captured after using weapons during those events of Puente Llaguno have totally absolved in a trial that lasted only four months. Those who were not indicted at the time now enjoy the benefits of the amnesty.
I am not the only one in prison. So are the member of my family, wife and children, since our home has been subject to threats, burglaries, attacks with Molotov bombs, crimes that were never investigated. I witness in impotence and desperation how my indictment is harming all who surround me. I have only been able to appeal to my neighbors, friends and relatives, who have created a circle of love; protection and trust that allows us to keep walking along this murky trail.
We cannot allow anger to smother happiness, the triumph of perversion, the continuation of suffering because of the Machiavellian mind, so willing to deforest our souls. I will continue denouncing and speaking my mind. I m a man of laws and this is why I believe that the foundation of democracy is justice. I hope that sooner than later, both Venezuela and the political prisoners of this regime, will recover our freedom.