Aide memoire on Corruption in PDVSA 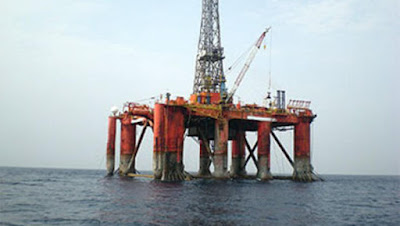 Aide memoire on Corruption in PDVSA
(A quick reference to a national tragedy)
Corruption is not only pocketing somebody else’s money but a multi-headed monster. PDVSA, the Venezuelan state oil company, is a classic example.
(1), Corruption of Mission.   The oil and gas producing company has been converted into a company importing and distributing food, raising pigs and growing cassava, largely abandoning its work of finding, producing, refining and selling oil at maximum efficiency. As a result of this perversion of its Mission the company now has 150,000 employees, five times as many as in 1998, half of whom do not do petroleum related work, while production has fallen by about 500,000 barrels of oil per day since 1999. See:  http://infodio.com/190913/rafael/ramirez/bankrupt/pdvsa
(2) Corruption of Management.  Members of management are now chosen on the basis of ideological affinities, not meritocratic credentials. In a speech recorded by a participant, see: https://www.youtube.com/watch?v=YrqkxWBqDck oil company President Ramirez told managers that PDVSA was “red and Chavista” and that all dissidents would be forcefully expelled from the company. In fact, the company was robbed of its 23000 best managers and technical staff by political reasons.
(3) Corruption of Information. Venezuelan proven reserves of oil have been calculated in violation of international rules, such as in the Orinoco Belt, where “proven reserves” have been grossly inflated. I have denounced this fraud publicly many times, see: http://jamaica-gleaner.com/gleaner/20110113/business/business4.html . Production statistics are equally suspect, as OPEC and the International Energy Agency keep publishing Venezuelan oil production numbers which are significantly lower, by some 400,000 barrels of oil per day, than the ones published by PDVSA. See: http://www.opec.org/opec_web/static_files_project/media/downloads/publications/MOMR_August_2015.pdf , Table 5.7, page 66. The production of the Orinoco heavy oil Belt has also been inflated, since the boundaries of the producing district have been re-arranged to include production from adjoining oilfields, seemingly a case of what could be described as  “petroleum gerrymandering”.
(4) Corruption in Operations. Lack of maintenance in PDVSA has led to great disasters, such as the 2012 explosion in the Amuay refinery that took 42 lives and generated over one billion dollars in damages. The company has tried to sell the idea that this was an act of sabotage, while independent reports, including those produced for insurance companies, showed the reason to be poor maintenance. See: http://lasarmasdecoronel.blogspot.com/2015/07/las-empresas-aseguradoras-frente-al.html The same applies to the 2012 great oil spill in eastern Venezuela, which rendered water undrinkable to the city of Maturin for over a month. Also in this instance the Insurance companies refused payment on the grounds that poor maintenance had been the cause of the event. See:  http://lasarmasdecoronel.blogspot.com/2015/08/derrame-petrolero-sobre-el-rio.html
(5) Financial Corruption. This is the area where millions of dollars have ended in the pockets of corrupt contractors and managers of PDVSA. Some examples: (a), the no-bid contracts given to Derwick Associates for hundreds of millions of dollars, to supply electrical generators to PDVSA. Derwick is a company without experience or capability to build the equipment by themselves, so they just sub-contract to other companies and over-bills PDVSA, pocketing  significant amounts of money as intermediaries, see: https://settysoutham.wordpress.com/tag/derwick-associates/ and http://www.wsj.com/articles/SB10001424127887324635904578640351169881218 ; (b), the case of the offshore drilling barge Aban Pearl, rented to an intermediary company made up of friends of PDVSA’s managers for $700,000 a day, when the owner of the barge only received $375,000 a day, see: http://lasarmasdecoronel.blogspot.com/2012/07/revisiting-aban-pearl-now-with-more.html  ;  (c) drilling rigs contracted to ghost companies with only 4 employees; (d) contracts given to companies owned by relatives of the managers giving the contracts. For (c) and (d), see my papers: http://www.cato.org/publications/development-policy-analysis/corruption-mismanagement-abuse-power-hugo-chavezs-venezuela  for background and http://www.petroleumworld.com/sunopf09120601.htm for specific cases.
Managers and advisors to PDVSA participated in the sacking of the employees Savings Fund, a case which ended in prison in the U.S.  for several of the main culprits, see:  http://www.reuters.com/article/2015/01/29/us-illarramendi-fraud-sentencing-idUSKBN0L22U920150129
All of these cases have been denounced publicly without any investigations ever being made in Venezuela.
More recently, two high level managers of PDVSA, Jose Luis Paradas and his sister were found smuggling gasoline from Venezuela into Colombia, see: http://laiguana.tv/lo-polemico/4525-perfil-jose-luis-parada-gladys-parada-directores-detenidos-pdvsa
(6) Political Corruption. PDVSA top management has been named in legal actions in the U.S. for arranging to send money to Cristina Fernandez, in Argentina, for her presidential campaign and for trying to obstruct justice.
PDVSA has sent oil to Nicaragua and El Salvador to finance political campaigns of ideological allies of the Venezuelan regime and participates in a company in Nicaragua, ALBANISA, which has been accused of large scale corruption, see:    http://lasarmasdecoronel.blogspot.com/2015/06/informe-especial-la-corrupcion-de.html
Its former president, Rafael Ramirez, has been investigated for making significant  money deposits in Florida, see:  http://lasarmasdecoronel.blogspot.com/2014/04/open-letter-to-rafael-ramirez-president.html.
The book by Casto Ocanto: “Chavistas en el Imperio”, page 133, describes the failed attempt by the Venezuelan petroleum industry to sell oil to the U.S. strategic reserve at a gross overprice, a scheme in which Rafael Ramirez, Minister of Petroleum of Venezuela, Bernardo Alvarez, Venezuelan Ambassador in Washington and Jack Kemp, former U.S. senator now deceased, participated, together with PDVSA’s top management.
The delivery of oil to Cuba, to ALBA and Petro Caribe members, at subsidized prices and for political reasons, has generated an immense financial loss to the Nation, estimated in about $30 billion. Again, see: http://www.petroleumworld.com/sunopf09120601.htm
PDVSA’s participation in failed ventures in other countries, such as oil exploration in Cuba and Bolivia, oil production in Ecuador, refineries in Cuba, Ecuador, Nicaragua and Dominican Republic, oil transport and marketing in Uruguay, Argentina and Paraguay, have generated significant losses to the Nation, also for purely political reasons. See:  http://lasarmasdecoronel.blogspot.com/2015/01/maduro-petrolero-entre-la-ignorancia-y.html

A final point: If the strategic plan of the pre-Chavez PDVSA had been executed, the Venezuelan oil production would have been of 5 million barrels of oil per day by 2012.  Due to the operational collapse of PDVSA, production never increased from the first year of the plan, 2007. This means that the nation suffered a loss of net income that can be roughly estimated at some $150 billion during the last 8 years. Among other things, the country would not have required the high levels of debt that exist today and it would not be on the verge of default.
Publicado por Gustavo Coronel en 3:31