U.S AND VENEZUELA UNITED BY BASEBALL 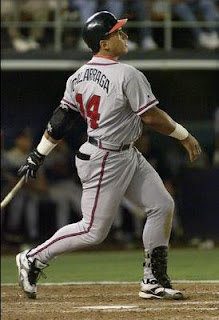 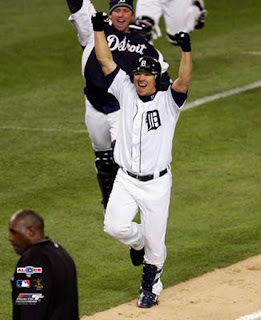 WHAT A GREAT SEASON FOR VENEZUELAN PLAYERS!
From Washington DC.
Venezuela and the U.S. have ties so strong that cannot be broken by the verbal aggressions of our Venezuelan president against the U.S. These ties have been forged by years of U.S. baseball players playing in Venezuela and Venezuelan players playing in the U.S. My father used to take me, more than 60 years ago, to the old Caracas baseball stadium in San Agustin, to watch games in which Luis Aparicio Sr. (the father of Hall of Fame’ s member Luis Jr.), Vidal Lopez, and many other Venezuelan immortals took to the field with Joshua Gibson, Roy Campanella, Don Newcombe, Dandridge and Marvin Williams. As years went by I saw Jackie Robinson, Sam Nahem, Pete Rose, Lou Piniella, and so many other U. S. greats playing in Venezuela . Still today I watch a lot of baseball and follow with pride the amazing progress of Venezuelan players in the major leagues.
This year has been bitter sweet. I saw two of my favorite teams, the Chicago White Sox and the New York Mets, go down the drain, the White Sox in mediocre fashion and the Mets in a last minute collapse. But to this I can only say: wait until next year.
I also saw a few of my favorite Venezuelan players disappear from the radar screen or decrease their output. What happened to Freddy Garcia? Are the quadruplets being too much of a drag on Melvin Mora?
All and all, the season has been magnificent for Venezuelan players. Maglio Ordoñez finished 3 for 4 in the last game of the season, to win the major leagues batting crown with a .363 average and ran a strong second to Alex Rodriguez with 139 runs batted in. Ordoñez’s batting average was twelve points higher than Ichiro’s, a player who seems to be from another planet when it comes to batting. I think Jim Leyland owes Ordoñez an apology. About two months ago, the Detroit Tigers manager predicted that Ichiro, not Maglio, would win the batting crown. I thought this was in poor taste. Even if he thought so, Leyland, as manager of Ordoñez’s team, should have endorsed his player. As it was, he looked like he did not have enough confidence in his own player. Shame on you, Jim!
Bobby Abreu, although doing much less than his talent should allow him, ended with 101 runs batted in. Miguel Cabrera had another gigantic season for the Marlins, batting .320 with 119 runs batted in. This was the first season in history that three Venezuelan players batted in more than 100 runs.
When it comes to pitching, the records of Carlos Zambrano, Kelvin Escobar, Johan Santana, Carlos Silva and the extraordinary stopper Francisco Rodriguez have been outstanding, even if Santana slipped a little. Santana’s numbers show that he did as well as last year but did not get the same support from the team. Zambrano, who looks like a friendly, teddy bear version of Hugo Chavez, was very impressive, winning 18 games, although he still has to dominate his temper. Escobar is silently becoming a major star.
And what about Carlos Guillen and Victor Martinez? These two great players from Detroit and Cleveland contributed to most of their team’s wins and ended batting .296 and .301 respectively.
There were many other Venezuelan players in the field this season. Some are at the twilight of their careers, like the great Omar Vizquel and Eddy Perez, while some are very promising rookies like catcher Jose Flores. But it was a source of happiness for Venezuelans to see all of them in action.
Baseball brings out the best in all of us. The friendship of Venezuela and the U.S. created by the magic of baseball is indestructible and will allow us to keep being friends in spite of the temporary and, I hope, short-lived political problems the two countries are having.
Venezuelan youngsters keep coming to the U.S. every year, hoping that they will succeed in the major leagues. They bring to the U.S. not only their baseball skills but also their good will as Venezuelan citizens who desire to live in peace with the big neighbor to the north.
Publicado por Gustavo Coronel en 1:22