YOU WANT TO KNOW WHO CHAVEZ IS? LISTEN TO WHAT HE SAYS! 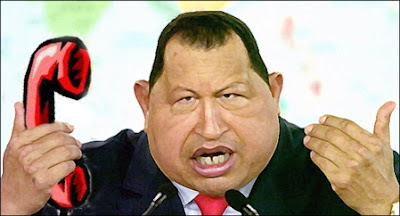 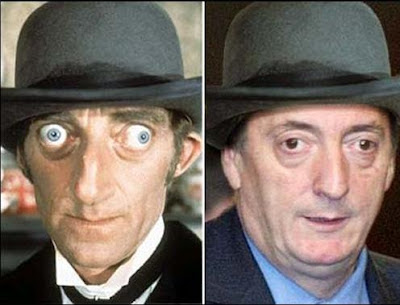 In his Sunday TV program "ALO PRESIDENTE", that can run anywhere between three and seven hours, depending on how he feels, Hugo Chavez lets Venezuelans know what he thinks. Those who have enough stomach to watch and listen will get a true measure of the person. Here is what he had to say last Sunday about President Alvaro Uribe of Colombia, a neighbor country with which Venezuela has always had diplomatic relations. This is an English translation of his words:
"Uribe is a liar, a coward, an intriguer and a manipulator. He does not deserve to be president of anything, much less a country. He is good to be the leader of a mafia". Chavez added: "Uribe will go down in history as a pawn of the U.S. empire". He accused the Colombian government of trying to sabotage the delivery of the Colombian hostages.
In another topic he said, not in very democratic vein: "If the opposition wins the [next regional] elections [for governors and mayors] then there will be war in Venezuela". He said that the only way a war could be averted would be by letting him win the elections. How is that for democracy?
Those who still believe Hugo Chavez is a democratic president and a defender of the poor have never heard his barbaric rhetoric . Chavez is a dictator but, in contrast with Castro, who was a superb strategist and who tutored Chavez until he became a vegetable some moths ago, Chavez is a slave of his passions and of his monumental complex of inferiority. His recent failures at home and abroad have put pressure on him to take ever more spectacular initiatives. The failure of his first attempt at rescuing hostages from FARC, was particularly painful to his ego, since he had recruited a bunch of clowns to give the handover the category of a major media spectacle: Kirchner, Oliver Stone, Colombian renegade Piedad Cordoba and an assortment of minor diplomats, numerous helicopters and about 200 journalists were kept waiting by the FARC until they all went back home empty handed. Chavez was bested by Uribe that time around and now he is desperate to get even. For one thing he has publicly said that the FARC are a legitimate political group and should not be classified as terrorists. Not even Mr. Kirchner, who looks like the twin brother of the assistant of Young Dr. Frankestein, accompanied him in this claim. Chavez is now at the treshold of dementia and is, in fact, doing all he can to provoke Colombia into a military conflict.
And, at this moment, what is the OAS doing? Its members are resting after a holiday season too rich in good food and good wine. Mr. Insulza, the Secretary General is absorbed in his candidacy for the presidency of Chile. He has no time for minor things such as the political stability in the northern Andean region.
Publicado por Gustavo Coronel en 7:47