Oliver Campbell is too kind in his evaluation of PDVSA's management 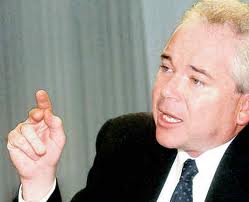 See link:
http://www.petroleumworld.com/editorial12061801.htm   and cannot agree with what it says. 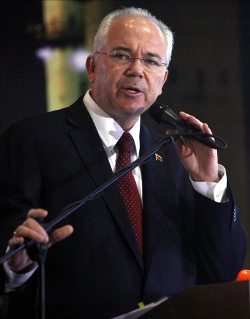 Oliver says: “The statement has been made by several commentators that PDVSA is bankrupt and that the cause is that the company has been badly managed. I aim to show that both statements are wrong”.


I am not going to say that PDVSA is bankrupt because I do not know enough about this topic to argue with Oliver. However, I would say that its financial situation is extremely fragile. Although it is true that its capital is “some $74 billion”, as Oliver says, it is also true that its debt has been mounting rapidly and, if we take all its obligations into account, it is already close to the figure listed as capital.  The concept of “income stream” Oliver mentions to assign PDVSA a positive financial evaluation has two variables: one is production levels and the other is oil prices. I think Oliver would agree that PDVSA’s production is stagnant and that oil prices show some signs of weakening, so that income stream does not look too promising.


Says Oliver: “However, PDVSA is different from other companies because it is an arm of government and does what the government says. This was always the intention when the oil minister was made the president of PDVSA. The company may not like some of the orders it receives from government but it has to carry them out. I believe this may be the case with its having to finance social projects at the expense of retaining funds to invest in the oil industry”.


I cannot agree with this statement. The Minister giving the orders and the President of PDVSA taking the orders is one and the same person. Oliver cannot claim that PDVSA does not like the orders from the government since the guy ordering is the same guy complying. If the guy at PDVSA does not like the orders he should resign. This is what an honest, true manager would do. If he does not and meekly complies he is dishonest and co-responsible. In my book a dishonest manger cannot be a good manager.


Says Oliver: “The oil minister has ordered PDVSA to allot its available income for contributions to social projects rather than investing in the oil industry. He has then ordered the company to obtain outside financing to cover its investment on sole account and also for its contribution to the capital of the joint ventures where it must hold a minimum of 60% of the shares. Government policy is quite clear--take all the money possible from PDVSA and let it obtain loans to meet its cash shortfall….Thus the reason PDVSA is short of funds is not of its own making, but is caused by the political decision to use the company as a source for social development. Had the company kept all, or most of, the $30 billion it contributed for this purpose in 2011, it would have had enough funds for its investment and to pay its contractors, suppliers and other creditors”.


Again I must say that Oliver is being naive in assuming that Ramirez the Minister is the villain and Ramirez the manager is his victim and a good guy. This sounds surreal!  Ramirez is Ramirez is a crook.


Oliver adds: “Though the company is not bankrupt, it is in a poor financial state with cash-flow problems and long term loans of some $35 billion at the end of 2011. A company with the amount of cash PDVSA generates should never have got itself into this situation, but the cause is not that it is badly managed. It is that PDVSA, though nominally a separate  entity, is effectively part of the government and has been milked by the latter for its political objectives”.


Oliver, give me a break. The main cause of PDVSA’s disaster is that the government is milking it, yes, but also that the management of the company is going along with it! Of course the company is badly managed: the managers are weak, inept and corrupt. What else would you want to see in a manager before you call it bad?


Oliver continues: “It is not my intention to defend PDVSA but only to explain the situation…. I hope I have convinced the reader it is not being badly managed that has caused PDVSA'S financial difficulties. It is the way the government has deprived PDVSA of funds--hence its cash flow problems--by appropriating them for political purposes”.


Sorry Oliver. You have not convinced me. Having said this I also want to add that your analyses are usually extremely factual, valuable and objective. You are too kind, that’s all.
Publicado por Gustavo Coronel en 7:31

Not disagreeing with you,Mr.Coronel.Thank you for writing this article.
I just think you, sir are being
too nice as well.
I really believe PDVSA is being set up to fail and be scooped up by the "white knight" China-
and this will wake up Venezuelans to reality..

Maybe I should have said
"black knight" China.
And, Venezuelans will awaken and
realize that it is too late-
China will own Venezuela-thanks
to Chavez.
Here's Chavez's deal. "You can have everything-just take care of
Cuba-forever.."

Oliver doesn't consider the extreme high levels of debts and the poor performance of PDVSA under the actual management. I think the only way to solve the situation in PDVSA is make another enterprise. Is not easy but I can not see another way. There are too much corruption and negligent attitude. Oliver forgets the numbers and 1005 reliable statistics available through OPEC. I can not understand why he doesn't mention that. Regards, Gustavo.