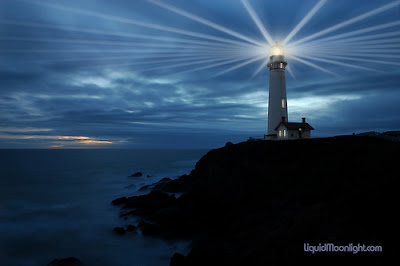 Did we see fraud in the recent Venezuelan elections?  No. Did we see fraud in the recent Venezuelan elections? Yes.
Both answers are correct but apply to different types of fraud. Most analysts are glossing over this difference and the resulting confusion is robbing the energy we need to do the relevant. If we understand by fraud the generation of virtual votes in favor of Hugo Chavez or a massive destruction of the opposing candidate’s votes, the answer is no. But if we understand by fraud the use of public resources to favor Mr. Chavez’s candidacy, the co-opting of the National Electoral Council Board to favor shamelessly Mr. Chavez’s candidacy, the gross extortion applied to public employees to vote for Mr. Chavez or else, the obstacles created to Venezuelans abroad to exercise their vote, the abominable coaching of the ignorant on “how” to vote (see 2-minute video in  http://oglobo.globo.com/videos/v/ultima-votacao-na-venezuela/2182324/), the almost total absence  of impartial observers, the handouts of thousands of electrical appliances in exchange for the vote, then, it is evident that the answer is yes. This fraud existed and will continue to exist unless the playing field can be leveled.


This is a tragic situation which is generating great material and spiritual damage to Venezuelans, not only to those who have “lost” but also to those who believe they have “won”. The first are frustrated, fighting internally, wavering between voting and absenteeism, between the desire to be civilized and the impulse to lead an insurgency against the regime. Some have resorted to being pragmatic, abandoning a strict adherence to principles and values, in an effort to gain votes from the other group.  It also damages the other group since the “victory” perpetuates a pattern of behavior that is destroying the nation, a total dependence of millions of our people in the paternalistic state, in the belief that the handout is the solution to escape poverty when, in fact, it only serves to accentuate poverty.
I am convinced that the greatest crime of Hugo Chavez has been to persuade the poor that having money in their pockets, on a day to day basis, represents their way out of poverty. The real way out of poverty is to empower the poor to generate wealth to become independent from the “gracious” favors of the state. Under Chavez this dependence is the greatest ever. This explains why the immense national income of $1.3 trillion during the last 14 years has proven insufficient and why Mr. Chavez’s regime now has a debt of $130 billion, as compared to the debt of $22 billion existing when he arrived in power. This is an unsustainable situation.


What to do? Whoever promises a quick fix is a liar. It involves an attitudinal transformation of large segments of the population, one that can only come about through a systematic effort of civic education. This is difficult to do at a time in which Venezuelan society is being led down a different path. However, the Venezuelan young has proven to be a formidable modernizing force and is capable of taking up this banner. To be successful it will have to divest of the kind of pragmatism that ends up being “more of the same”. We need the Venezuelan youth to be not a mirror but a lighthouse.
We are already half way along that road and can develop enough momentum to travel the rest of the way. We have lost the present but the future can still be ours
Publicado por Gustavo Coronel en 6:37

Gustavo, I love reading your writings and visit your blog almost on a daily basis. I know we disagree regarding cash distribution, but here you have made a generalization that is patently false:

"I am convinced that the greatest crime of Hugo Chavez has been to persuade the poor that having money in their pockets, on a day to day basis, represents their way out of poverty."

By definition, money in pockets on a day to day basis is the equivalent of being out of poverty. So that would not be a crime. Poverty has been defined, world wide, based on daily income, commonly 2USD per day (i.e., money in pockets, day to day).

Aside from that, I get the impression that you think that when the poor have money, that it somehow disappears into uselessness. It doesn't. It flows right into the hands of someone else who is offering a good or service from where it flows again into someone else's hands offering another good or service, and so on. It is the most efficient way to have an active market based on competition and merit, which creates jobs, and more jobs. It also teaches people how to become financially responsible, not through theory, or example, but by experience, the best teacher of all.

I would point you to the documentary "Who's Counting? Marilyn Waring on Sex, Lies and Global Economics" to realize that giving people money for what economies tend not to count as work is precisely a terrific way of getting them out of the poverty rut.

I strongly advise that you reconsider your stance on cash distribution, not only for its own merits, but in Venezuela's case also because we're talking about oil money which constitutionally already belongs to the people to whom you claim is a crime to hand them said money.

Crime is NOT giving the people the money that belongs to them. Hugo's crime is giving some of it to them as if it were a gift from him, and stealing the rest.

I meant to say that having money in the pocket without guarantee that it would be there tomorrow, as a "gracious" concssion by the paternalistic regime is not the solutuion to poverty.It is the equivalent of receiving a fish a day without being able to do the fishing.
In parallel, as you also poinyt out, the money used for the handouts should pobably be going to structural programs that could empower the poor to become producers of wealth.
Cash ditribution doe not sound to me like the solutiuon, sorry.
I appreciate your intelligent comments and am honored that you read my blog.

Per World Bank group data,Venezuelan GDP from 1998 to 2012 is equivalent to an average of USD 100 Billion for the first 8 years and an average of USD 290 Billion for the last 6 years that gives a total of USD 2,500 Billios which is 2.5 Trillion.(One Trillion=1,000 Billions).
How big is a Million or a Billion?
Let's check Mr.Brown's personal finance, typical average american citizen making USD 50,000 per year. It would take Mr.Brown 20 years of hard work, saving 100% of his income to gather 1 Million USD.If Mr.Brown decided to join the Billionaires Club he would have to work 20,000 years.Considering that the period of human history recorded from the Sumerians (4,000 yeas BC to our times 2,000 years of the Christian era),Mr Brown would have to work more than 3 times the history of humanity just to make One Billion. Do not even want to talk about a Trillion.Appalling figures, appalling facts.