Venezuela 2012: mediocrity and fear are the signs of the times 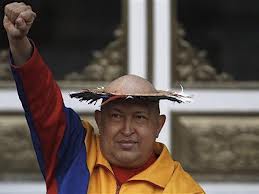 Before I say what I feel like saying I have to make a disclosure. I am almost 80, live outside Venezuela, have no material assets to lose in Venezuela or elsewhere, I do not depend on the government and have no political or social ambitions left. I am free like the wind. (In fact, this has always been the case). Therefore, I  can afford to speak my mind.


There is so much fear to speak freely in Venezuela! Even our best citizens apply to their words a significant dose of caution so that they do not appear to be politically incorrect. Among us, the adversaries of Chavez, there is a significant level of self-censorship generated by mythical and dogmatic constraints that we have been nurtured for many years and are now exacerbated under Chavez.


Let me give some examples:


1. One of our most damaging dogmas is that about the State having to operate and own the totality of the so-called basic industries. This stupidity is repeated by almost everyone who can influence public opinion. The definition of Basic includes many sectors: oil, mining, electricity, agriculture, steel, aluminum, pork production, housing. There is much fear to say that Petroleos de Venezuela (the Venezuelan state-owned oil company) is beyond salvation, that thousands of ineffective employees will have to be dismissed, that the entire managerial staff is deeply corrupt, either by commission or omission. There is fear to say that CVG (The industrial conglomerate of the south of Venezuela) is bankrupt and that many of its companies should be privatized.


2. Millions of Venezuelans know that the electoral system (in spite of what Jimmy Carter says) is deeply contaminated and that should be professionally audited in detail. Even oppposition leaders say there is no fraud involved, only extreme abuse of power by the government. Is this not fraud?  In a Brazilian publication (O Globo) we can see a video which shows how voters are being coached by Chavez followers in the voting  booths. This would be enough to cry foul but no one seems to care in Venezuela. We are playing in an uneven field, with a co-opted referee, but we play along mumbling to ourselves but without real  protest.


3. Important leaders of the opposition call for reconciliation and dialogue with the regime. How can we seat around a table with gangsters? How to coexist peacefully with a regime that has insulted and humiliated millions of citizens, half the country, systematically for 14 years? It would be like adding honey to rotten food in order to eat it or sweeping excrements under the rug.


4. We keep silence in presence of false claims by the regime in sectors such as housing. Chavez claims to be building 200,000 or more house per year when no more than 30,000 are being built and, even those, with multiple construction shortcomings. We have been unable to demand an audit of the number of houses really built. Our legislators in the National Assembly have not been able to press the regime to say where are those houses. We do not dennounce.


5. We see, year after year, how the corrupt Planning Minister, Jorge Giordani (he does not steal money for himself, he uses his office in a corrupt manner)) goes to the National Assembly to present a national budget which is science fiction, based on an average price of the barrel of oil which is half of the real price. Why? Because by doing this the regime receives directly half of the oil income, not subject to any monitoring. This income is then spent in a totally non-transparent manner, without accountability. This is corruption in a massive scale and is accepted in silence by the nation, when it should be openly and passionately dennounced by civil society.


6. There is much reluctance to define the social policies of Hugo Chavez as highly detrimental to the nation and to the poor they seem to benefit. People do not want to be labeled “insensitive” or “elitist” or even “racist”, frequent terms used by the Chavez regime against critics. The truth is that Chavez social policies, based on subsidies and handouts, accentuate dependence of the poor in the paternalistic State, do not solve the deep-seated problems of poverty, they merely delay them. When handouts are no longer possible the poor will be worse off than before. Without parallel programs that effectively address education, health and employment, handouts are the opium of the people.


Venezuela is mesmerized and fearful in the face of the massive assault on the public wealth carried out by Chavez to consolidate his power. This wealth is going to Chavez’s ideological cronies, to Russia to pay for weapons, to finance costly flashy programs such as Chinese artificial satellites,or explosives and gun factories or refineries built in countries such as Cuba, Nicaragua and Ecuador. The silence is a sign of mediocrity and cowardice in a country which is on its knees. Fear dominates the mood of the country.


Venezuela will be a nation only when the Arawaks  become more like the Chibchas and, together, get rid of the Caribs.
Publicado por Gustavo Coronel en 8:46

Not indispensable but it helps to be old.A time of reckoning and final balances. Time to leave nothing unsaid.

plob500:
I try to answer this question in The Road less Traveled, one of my earlier posts. There is no short cut to the attitudinal transformation that our people will have to go through, in order for the arawaks to become chibchas.

Excellent post GC!! I finally find a kindred spirit in seeing the Venezuelan reality of today.

I have heard it said that people are suffering from a a kind of Stockholm syndrome.Could this be true?Though if so, I think I have seen a variation of this in Venezuela for many years, when people stayed quiet in the offices of the CANTV for example- even when they knew their workers were stealing from the people.When I would rise up in clamor, people would cower and tell me to shut up!! Shocking!

Passivity seems to be equated with morality among many there( though I would suppose this is nothing but a defense mechanism....and the same people who demand passivity are quick to accept and excuse aggression on the part of the powerful : The perfect recipe for a dictatorship.

Actually I think that what we call "comeflores" suffer from a kind of Stockholm Syndrome. They regret, they are sad, they would wish, that things were better and ask for dialogue and reconciliation.
Some poeple who have been kidnapped have actually given thanks to their captors for having been "well treated" while in captivity. Going home at night in one piece is something to be happy about. Pangloss se quedó pendejo, pués.

One thing is certain: as the citizenry becomes ever more inured to shortages, there seems to be no threat of a shortage of muertos to jurungar.

Gustavo, I agree with your repeated mention of handouts causing dependence and not letting people stand up for themselves when the handouts stop. In fact, I think it can't be said enought.

It seems, however, that we differ in what constitutes a handout. To me, stolen money that is partly given back to the victim does not constitute a handout, as opposed to collected tax that is given sporadically and conditionally to some citizens and not others.

I see money from oil as stolen money. This makes it difficult for me to understand your moral calls to cry out against certain government actions, yet you never address the crux of Venezuela's petrostate: oil belongs to the citizens, so oil money not given to them is graft. Instead of calling to end the graft, you keep suggesting how the grafters should better spend it!

I think stolen money has to be given back in cash to its rightful owners. They may or may not spend it as wisely as you or I would hope, but is it not theirs to spend?

Aside from that, here's a question to which no one has ever replied: Even if we assume taht it is the government's role to spend the oil money in name of its people, then is it still not a regressive spending? By this I mean, if out of 30million barrels of oil one of them corresponds to the poorest Venezuelan and one to the richest Venezuelan, then the poorest Venezuelan is pitching in a much, much, much higher percentage than the richest Venezuelan in any spending of that oil's revenues. Is that the basis of the solution you mentioned in the earlier comment to me?