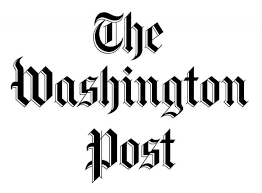 The Washington Post just ran this piece on the despicable article on Leopoldo Lopez by a chavista called Roberto Lovato. It describes how a prestigious magazine allowed its good name to get contaminated by the Venezuelan dictatorship. I transcribe the story, together with a few notes of mine along the way.

David Rothkopf, the CEO and Editor of the Foreign Policy Group, is standing behind a July 27 story in his magazine, titled “The Making of Leopoldo López.” “People can make their own judgment based on the story,” says Rothkopf, “which is factually correct now.” That last word is key, considering that over the past seven weeks, the story has sustained four “clarifications” that are actually corrections; a “correction/clarification”; and a pair of “updates.”
At the center of all this post-publication amendment is Venezuelan opposition leader López, who in February 2014 was arrested and charged with allegedly inciting violence connected to national protests that he’d helped organize against the anti-U.S. regime of Nicolás Maduro. It didn’t take long for an international consensus to denounce the charges: The UN’s human rights boss called for López’s release, as have various other international organizations. The editorial board of the New York Times called the proceedings a “travesty” and highlighted the government’s strange argumentthat López used “subliminal” messages to stir up the masses; The Washington Post called the trial “farcical.” Foreign Policy magazine called López, a Kenyon College graduate and former mayor of Caracas’s Chacao district, one of the world’s greatest thinkers of 2014, “the most popular figure in Venezuela’s long-splintered opposition.”
Over the summer Foreign Policy — a division of the Graham Holdings Co. and, before that, the Washington Post Co. — took a swipe at proving itself wrong. The piece by Roberto Lovato purported to take a deeper look at López’s freedom-fighting credentials. Reported in partnership with the Investigative Fund at The Nation Institute (and with support from the Puffin Foundation), Lovato’s story starts with the observation that the U.S. media has been kind to the 44-year-old López, leader of the Voluntad Popular party. Then it ventures that the picture is more complicated in Venezuela, where some concur with the view of the Maduro regime that he’s a “violent ‘fascista'” with less commitment to constitutional democracy than editorialists at the Times and the Post might suppose. (Disclosure: The Erik Wemple Blog works in the editorial division of the Post).
This contention rests on Lovato’s interpretation of a pivotal event in recent Venezuelan history. In April 2002, elements of the country’s military and business sectors tried to pull off a coup against now deceased President Hugo Chávez. It lasted barely two days. Though López’s people claim he didn’t support the coup or ally himself with its propagators, Lovato cycles through a sheaf of circumstantial evidence in an attempt to prove otherwise. “[N]ews reports, parliamentary records, U.S. government documents, video recordings, and interviews show that López was not quite as remote from the coup attempt and its plotters as he and his representatives claim,” writes Lovato.
There’s more: Lovato depicts close ties between López and Pedro Burelli, a Venezuelan national, a former big shot at the country’s national petroleum outfit PDVSA and now a Washington area resident and consultant. Rather than explain how Lovato links López and Burelli, let’s just recite the ways in which Lovato failed to link López and Burelli. They are listed at the bottom of the story:


Yesterday, López was sentenced to nearly 14 years in prison. “The lawyer got that one right,” says Lovato. “This is one of those things where I had to beat them over the head, and they didn’t change it,” counters Genser.
NOTE by Gustavo: Foreign Policy's chief editor will always carry the burden of his role in this grotesque affair. He is talented, yes, but in my view, somewhat short on other qualities. I will keep digging this tragic connection between a dictatorial regime, an ideologically poisoned Nation Institute and a magazine which did not konw how to behave responsibly.
Publicado por Gustavo Coronel en 17:30

Thank you for keeping track of this.

I went over to the Washington Post website and entered my own comment on Erik Wemple's blog article.  I believe Foreign Policy magazine has engaged in what can only be described as a pattern of deception, and that speaks volumes about the publication itself.

And I must mention that neither Leopoldo López nor Pedro Burelli deserved the smears and falsehoods leveled at them by Roberto Lovato as well.

Foreign Policy should be forced by Washington Post - and other main media players - to admit its mistakes, further correct the infamous hatchet job, address all specific "factual" atrocities. Lovato's grotesque piece must be totally discredited by the real Facts.

It is a very serious matter. A man, and his entire family, wife and kids, is in jail now for almost 14 years. The future of an entire country may depend on this man, by far the most capable and popular leader of the opposition, of a country that is in shambles, destroyed by a dictatorship, with the worst Economy and highest murder rates on the planet. 25,000 people die violently every year in Venezuela, and Foreign Policy agrees to sell its soul and help crucify the leader of all future hope for the ravaged country.

These careless or sold-out people should look at their own wives and kids before they go to bed every night, and than pray to whatever deities they are praying for some sense of basic morality and responsibility.

FP will have to deal with the consequences of their infamous action.

Pushback against Foreign Policy has stirred something of a backlash in favor of the piece. A group of professionals from the National Lawyers Guild, the American Association of Jurists, and s, for example, encouraged the magazine to stand up to Genser

But who is doing the pushback? National Lawyers Guild & International Association of Democratic Lawyers: identified in the 1950s as Communist Front organizations. Wiki them. There is also an indirect Chavista thread here. Leonard Boudin was a member of the National Lawyer's Guild. Leonard Boudin's daughter Kathy Boudin,Wikipedia informs us,
was an activist and co-founder of the 1960s radical group the Weather Underground, who served 22 years in prison for her role in a 1981 robbery that left two police officers and a security guard dead. His only biological grandson, Chesa Boudin, Kathy's son, is an attorney and writer.

While his parents were in prison, Bill Ayers and Bernadine Dorhrn raised Cheasa Boudin from infancy. After he graduated from college, Chesea Boudin took the backpacking trek through Latin America. After several days in Venezuela, Chesa Boudin was invited to work in Miraflores. That doesn't happen to many backpackers, but when you have a left wing royalty background via grandfather, parents and guardians, doors open which remain closed to others.

As Bill Ayers blessed the world with his inept forays into terrorism, and with his endorsement of Dictatorship of the Proletariat for the US in his co-authored book Prairie Fire, he blessed Venezuela with some visits, including this report from November 2006:

Despite being under constant attack from within and from abroad, the Bolivarian revolution has made astonishing strides in a brief period: from the Mission Simoncito to the Mission Robinson to the Mission Ribas to the Mission Sucre, to the Bolivarian schools and the UBV, Venezuelans have shown the world that with full participation, full inclusion, and popular empowerment, the failings of capitalist schooling can be resisted and overcome. Venezuela is a beacon to the world in its accomplishment of eliminating illiteracy in record time, and engaging virtually the entire population in the ongoing project of education.....

So when the National Lawyers Guild objects to a takedown of a Chavista slanted article in Foreign Policy, we are not surprised. The pedigree is long.