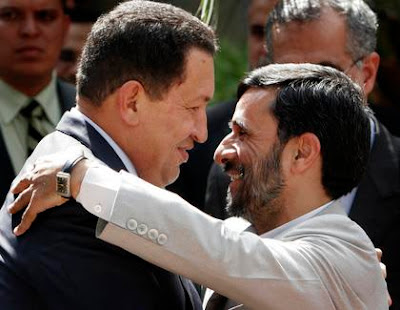 ****** Or will nations agree to an orderly market?

Somebody seems to have cut Adan Smith’s invisible hand, at least in what pertains to the market dynamics of the international oil industry. In the past the price of oil in the world markets has followed rather closely the ups and downs of demand and supply. As demand exceeded supply prices rose, national economies in the developed world slowed down, oil demand fell and this, in turn, produced a drop in the price of the product. This “thermostat” effect worked rather well during the oil crises of the 1970’s but it does not seem to be working well today. For the last two years now the price has been in almost uninterrupted climb, while demand does not show signs of abatement. New forces and revitalized old forces are at work to dampen this “thermostat” effect. Some of these factors include:

· A widespread feeling that oil and other basic raw materials are getting scarce. Entire nations have adopted a hoarding mode.
· Financial speculation has led to acquisition of oil based on the assumption that scarcity will lead to greater prices.
· Institutional investors, protecting themselves of a weakening dollar, are buying not only oil but also gold, platinum, copper and other raw materials.
· Increasing geopolitical tensions, both in minor scale such as vandalism of oil facilities in Nigeria and in a larger scale, such as Iran’s showdown with the United States and Europe over the nuclear issue and over Iraq, or the almost inevitable collision course between the U.S. and Hugo Chavez.
· A weakening of the U.S. – Saudi Arabia alignment due to Saudi’s fear of a future, less friendly U.S. administration.
· A real increase in world oil demand, due to the high rates of growth in China and India.
· Concern about global food scarcity and about the role of bio-fuels in this scarcity.

The view from the U.S.
Since a major component of these factors is fear, based on perceptions, efforts to put people at ease are not very productive, in a country increasingly dependent on oil imports. While geologists can claim that there is enough oil in the ground this will not make the ordinary U.S. citizen any happier, as he, she sees how the price of gasoline increases daily. It is of little use to say that, in constant terms, a gallon of gasoline requires today about the same amount of minutes of work as it did 20 years ago. Few will be interested to know that almost one fourth of the price of a gallon of gasoline is due to state and federal taxes and that only 50% of the total cost is directly related to the price of a barrel of imported crude oil. What prevails in most minds is the feeling that the cost of living is getting out of control, since the price of oil influences grocery bills, the cost of travel and other cost items. Panic could be at the turn of the corner.
But panic is a dangerous feeling to have for the people of a powerful country such as the U.S. since it could lead to extreme reactions. One of them is war. War over oil is not new, since most of the consumption of this commodity is done by industrialized, powerful nations while governments that consider the U.S and Europe as enemies often lead exporting nations. At this moment there are dangerous global events in full development. When mixed with increasingly high oil prices they produce geopolitical hot spots, among them:
· The determination of Iran to develop a nuclear capability, as well as its significant promotion of rebel and terrorist groups in the Middle East;
· The alignment of Venezuela’s Hugo Chavez with the Colombian terrorists and drug traffickers and his policy of systematic confrontation with the United States, including expropriation of U.S. oil company assets in Venezuela;
· The posture of both Iran and Venezuela within OPEC, calling for a freeze in oil production by the members of the organization, a move that will inevitably pressure the price upward and pressuring OPEC to abandon the dollar as a preferred currency for their oil transactions;
· The increasingly neutral attitude of Saudi Arabia, historically an ally of the U.S. within OPEC, which is giving wings to the “hawks” in that organization.
Most of these factors are inter-related and could trigger military action by the United States, under the claim that its national security is under threat.
To compound the problem even further there is no magic, short-term solution to the issue of high oil prices. A political solution will be difficult to reach, given the contrasting political ideologies of the main consuming nations and of many of the important producers and exporters. In fact, some of the producing and exporting countries are utilizing oil as a strategic weapon against the United States and likely will not desist from continuing doing so.
The most probable solution to this dangerous deadlock lies in the capacity of the consuming countries to become significantly independent from imported oil, by using a three-pronged approach: (a), developing alternate sources of energy, (b), increasing their domestic hydrocarbons production and, (c), reducing their oil consumption. This is easier said than done and, in the best of cases, it will take several decades. The years between now and then will be ones of extreme complexity and peril for big oil consuming nations such as the U.S. and, inevitably, for the world at large.

Getting the hedge funds out of oil and commodities through international regulation could do the trick though.