U.S. "EXPERTS" PONTIFICATE ABOUT THE CONTENTS OF RAUL REYES LAPTOPS. 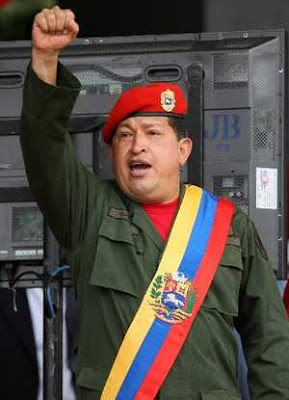 Best friend of the Narcoterrorists 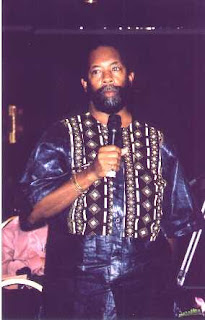 ****Fellow travelers of the Chavez regime try to minimize INTERPOL's findings.
In a desperate, last-ditch attempt at diluting the impact of the documents found in the laptops of narcoterrorist FARC leader Raul Reyes, killed by the Colombian army two months ago, a group of self-defined, U.S. “experts” have given a document to the media, in which they claim that the documents are not genuine, that – even if they are described as valid by INTERPOL – they cannot be considered as valid. They warn public opinion to disregard them and say that no connection between those documents and Venezuelan strongman Hugo Chavez should be established. This manifest has been enthusiastically disseminated by the Venezuelan government propaganda agencies, which emphasizes the “expert” nature of the group.
A brief examination of those signatures prompts the question: What are they “experts” on? The common denominator of all those persons signing the document is their condition of fellow travelers of the authoritarian Venezuelan regime. They are not experts at computing, or at establishing the validity of the documents found in the laptops of Reyes. They are all cheer leaders of Hugo Chavez. Some of them, such as Weisbrot and Hellinger, organize pro-Chavez events in the U.S. on a systematic basis. Some, like Trans Africa Forum James Early, lead organizations that are actively helping Chavez to create racial struggle in a country where this did not exist before. Some others, like Larry Birns, are old pro-Castro fans that have found in Chavez a new anti- U.S. champion. They are all “experts” at adulating leftist dictators and seem to be essentially motivated by a hatred of the political system prevailing in their own country. In short, they like Chavez because they hate Bush.
The arguments presented in the document are of a childish simplicity. The “experts” claim that even if the laptops are proven to belong to FARC, the information contained in the computers cannot be used to connect the Colombian narcoterrorists with Chavez and Correa. They call in their help Jose Miguel Insulza, the Secretary General of the OAS, who has said similar things, in a remarkable demonstration of pro-Chavez bias. They also quote Adam Isaacson, a political scientist, who says that the documents only show “a cordial but distant relation” between the Colombian criminals and Hugo Chavez. Of course, INTERPOL has yet to present their findings, within the next hours, and not all the documents have been made public.
The truth is that the laptops of Reyes contain a significant amount of information that serves to connect Hugo Chavez with the FARC. Of course, Chavez has publicly aligned his regime with the narcoterrorists so that the documents found in the laptops will likely reinforce and confirm what is already known. The “experts” are trying to disclaim what Chavez himself has already claimed in public. The new element is that, if the laptops contain more incriminating information against Hugo Chavez’s financing of the FARC his regime could be designated as sponsor of terrorism by the U.S. government. If this took place Chavez’s days in power would be considerably shortened. The “experts” are simply lobbying in favor of Hugo Chavez.
The persons signing this document can have diverse motivations, only time will tell. Perhaps some of them are intellectually honest. However, they are all working in favor of perpetuating one of the most tragic presidential periods of Venezuelan history. As a Venezuelan I despise them all, the ones who are honestly convinced and the ones who are in Chavez’s payroll.
Publicado por Gustavo Coronel en 11:34

Mr. Coronel, you have exposed a terrible reality about the American news media in this short but potent little blog entry that gets to the truth in a hurry. Chavez's supporters have their own "people on the inside" in the American media who will give them an undeserved platform to air their poison.

I liked this entry of yours so much that I posted an entry of my own just to tell everyone to come here and read this.

Whatever else you do Mr. Coronel -- Don't Stop!

I am also interested in Daniel Ortega's dealing with the FARC. Ortega gave asylum to the three young girls who were at the camp during the March 1st raid. One was Mexican and two were Colombians. They are in their early 20's.

Maybe the laptops will shed some light if Ortega did or is dealing with the FARC.