Derwick, Boyd and the need for transparency 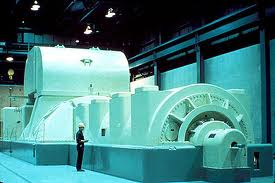 There is much interest in the U.S and Europe, more so than in Venezuela, about the nature of the  links between  PDVSA, the Venezuelan owned state oil company  and the contractor Derwick Associates, a company that has had an extremely successful association with the oil company. A Venezuelan journalist, Cesar Batiz, had this to say about Derwick, back in 2011:

The lack of experience did not prevent a firm from receiving 12 contracts for electrical work in 14 months. EDC, CVG, and PDVSA awarded the firm major projects in the midst of the power crisis. The firm has failed in five cases to meet the delivery date. Derwick Associates is registered in Barbados, Venezuela, and Spain.

A company incorporated in Venezuela in October 2009, without any kind of experience in executing projects either for the public or private sector, received 12 contracts in 14 months for the construction of electrical works, including five that played a crucial role in ensuring electrical service to Caracas. Derwick Associates Venezuela, whose directors are young, with an average age of under 30…”

As the contracts involved millions, even billions of dollars, public opinion became   interested. For many years I have been involved in investigating corruption in Venezuela and, specifically, in PDVSA. Following the story by Batiz I also became interested and noticed that, after writing a series of excellent articles on the subject, Batiz did not continue,  for reasons which remain unclear, although there are claims that he has been strongly harassed.
Alek Boyd, a Venezuelan political analyst, with a record of investigations about corruption in Venezuela under the Chavez regime, took up the story and has continued digging into it. A Venezuelan website also did some digging and, as a result, Derwick Associates has sued prestigious Venezuelan Banker Oscar Garcia Mendoza, claiming that he is behind the stories published in the website, which they consider unfounded and defamatory. The legal action is, to my knowledge, being pursued in Florida, USA.

Boyd’s latest reporting (see http://alekboyd.blogspot.co.uk/2013/02/hugo-chavez-gop-al-cardenas.html ) contains information about a legal firm in the U.S. that would be representing Derwick Associates in the legal fight against its critics. He says the firm includes a person, Al Cardenas, who is a well-known political figure in the U.S. and who has had a strong stance against dictatorships in the past.  Boyd asks why he would be representing a company that in his view is firmly associated with the Venezuelan undemocratic regime.
While I am not endorsing Boyd’s criticism of Mr. Cardenas, for lack of sufficient information (he has not even replied to Boyd to confirm or deny the association with Derwick), and since I still do not know if the accusations originally made by Cesar Batiz against Derwick and Associates are true or not, I do know that the link between Derwick and PDVSA and other state agencies deserves thorough investigation by the Venezuelan authorities. This investigation, I also know, will not take place, if ever, until there is a change in government in Venezuela.
As a former representative of Transparency International in Venezuela, 1996-2000, I find it deplorable that, in this case, the legal path is being preferred to full disclosure and accountability by the oil company and/or the contractor. I am convinced that going to court is a two-edged sword that, in the best of cases, is almost equally damaging and costly to the “winner” and the loser. This is so because a legal battle leads to the full disclosure that could have been done in the first place, in order to put things right. If a company feels sure that it has done nothing wrong, why not full disclosure and transparency to start with?
What millions of Venezuelans condemn is the lack of accountability and transparency in the management of public resources. If this is not done, no legal battle can replace it. Collective distrust and resentment will be inevitable, reputations will be shattered and names forever tainted.
Publicado por Gustavo Coronel en 8:09