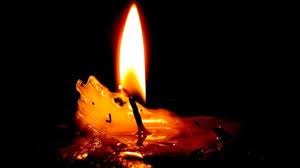 VHeadline.com commentarist Gustavo Coronel writes: When I am in Caracas, my morning walk takes me along streets lined with "samanes" and "jabillos" which are pretty old now, but keep their majestic appearance. The lush foliage retards the morning light and one walks as in a forest, although in the middle of La Florida residential section. This is one of the remnants of the old, colonial Caracas. One of the avenues, Los Jabillos, is home to one of the oldest funeral homes in Caracas. As is often the case, there is a drugstore nearby ... there should be a clinic as well, since these three things always go hand in hand in most Venezuelan cities but, somehow, there is not. In place of the clinic there's a bakery.

My walk also goes by the street where the headquarters of Petroleos de Venezuela are located. I could choose to cut this street out of my route but I'm fascinated ... somewhat masochistically ... by the new aspect of the place, with small tents from which food and soft drinks are for sale and with groups of "vikingos" looking for empty bottles and cans to collect and sell.

* "Vikingos," vikings, don't ask me why, is a term applied in Venezuela to the usually harmless homeless and chronic drunkards, possibly because of their long hair and unkempt appearance.

Well, today, I had a very pleasant encounter with someone I had not seen for over 30 years ... yes, that long ... as I was walking south, I saw this man walking towards me. He looked familiar ... he looked at me in perplexity, and we both recognized each other almost simultaneously. "Tabaquito," I said, as he called me "Dr. Gustavo" ... the way I have been called most of my life by those who do not dare to be over-familiar, but feel that I am not formal enough to be treated with protocol. At any rate, we embraced each other with some difficulty, as I am slightly over 6 feet and he is, perhaps, around 4½ and I already have some problems bending.

"Tabaquito" (small cigar) is ebony black and now has light gray, "chicharron," hair. He has gained a few pounds since I saw him last. "Tabaquito" is the closest I have seen to a pigmy ... those fellows who played in the Tarzan movies ... I could easily picture him with a long blowpipe, hunting in the forests surrounding the Kilimanjaro.

When I became a Shell executive ... way back in 1971 ... one of the first persons I met was "Tabaquito."  He was in charge of delivering our newspapers every morning. No matter how early I arrived at the office, my newspapers were already on my desk. "Tabaquito" always had a nice word for everyone. As he sold the newspapers all over the place, his trousers were always bulging with bills. Sometimes, when giving change, bills would fall to the floor and he had to be alerted to it, since otherwise he would leave the money behind. He constantly told secretaries how beautiful they were, and gave us systematic encouragement. He said: "I sleep soundly every night because I know that you are running the business well. We all trust you..."

And, of course, this trust from "Tabaquito" had to be honored. If I ever had a desire to take a bribe or take home a piece of office furniture,  Tabaquito's face would instantly come into focus.

Although we tended to underestimate him, and consider him just a picturesque addition to the office, we soon found out that "Tabaquito" had much more depth than we gave him credit for. He started his day at 3 a.m. and by 9 a.m. had delivered all of his newspapers. Then, he went to a school in Petare ... a poor section of east Caracas ... and dedicated three-four hours to serve as a baseball coach to the children. We found out through time that he also helped several poor children to buy books and pencils. He was an altruist. His civic vocation went beyond the call of duty. He would never talk about his work but always marveled at the work done by us.

My secretary had a special bond with "Tabaquito." Mariela was, and is, a tall, blonde woman, full of life and good humor ... her dialogues with "Tabaquito," which I sometimes overheard at the expense of my work, were masterpieces of happy talk. They dealt with love, politics and harmless social gossip.

Today, "Tabaquito" said to me: "You know, I often talk to Mariela ... she has a nice shop in Las Mercedes and I take the newspapers to her." He added: "We talk about you and about Dr. Quiros and ... " he gave a good number of names of the old guys ... he remembered details I had forgotten long ago ... he had almost total recall of those years, now distant.

He said: "You know, Dr. Gustavo, I still get up at 3 a.m. to deliver the newspapers. I now bring the newspapers to PDVSA.  Of course, now things are different, but we have to keep working."  He said he was now 81 years old ... but he did not look older than the last time I had seen him.  "I have never been sick."  Some 10 years ago, he had been run over by a car and suffered a fractured leg ... "I couldn't deliver the papers for a while, but I used to sit in front of my house (which is at a very dangerous street intersection) and started to conduct traffic from my wheelchair ... I had a good time, and I guess I prevented a few accidents."

As "Tabaquito" and I made small talk, and I did all I could to delay my departure, I could not help thinking how this man had touched so many lives and helped so many people from his apparently unimportant social position. And, as I said goodbye ... who knows until when ... I said to him: "See you around, Dr. Tabaquito." He looked surprised and then he gave me the widest of smiles.
Publicado por Gustavo Coronel en 4:34

Verdad! A mi me decían igual!