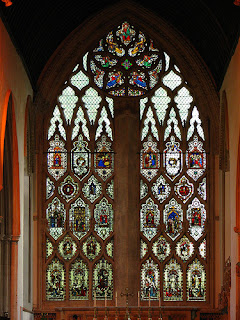 Kenneth Wetherell was president of Compañía Shell de Venezuela during the early 1970’s. These were very intense years since Venezuela was having the national debate that preceded the nationalization of its oil industry. Kenneth  had replaced J.J. De Liefde in this job. De Liefde was a bit on the rigid side while Ken’s cordial demeanor and excellent bedside manners contributed greatly to what would be a rational and civilized nationalization process. In those years the Venezuelan managers of the oil industry were seen with strong distrust by the legion of  Marxist university professors, who saw the issue of nationalization of oil  through an ideological lens. One of them, Carlos Mendoza Potellá, had this to say about us:  http://www.scielo.org.ve/scielo.php?pid=S1315-64112006000100011&script=sci_arttext (my translation): [Venezuelan] managers [are] native Creole-men and Shell- men, demoniacal Rosemary’s babies, in the best style of Roman Polansky. They defended their foreign bosses and suddenly changed their jerseys but kept the same managerial philosophy  and the same links with the old concessionaires, becoming trustees of the interests of those corporations….”. As readers will appreciate, the degree of resentment against us, Venezuelan managers trained by the international companies, was  pretty high among members of the Venezuelan political world.


In this environment Wetherell’s task  was like walking on eggs. He did a superb job, thanks to his sincere interest in Venezuela and in all things Venezuelan. He and his wife Barbara knew the country well. They had lived in Lagunillas and traveled extensively throughout the oilfields, even the most remote. In Caracas, Wetherell had led a major drive of management change within the company, one that that had promoted a more corporate approach among top managers and allowed for open discussion of conflicts in the organization, a process assisted  by Chuck Fergusson, an expert in Sensitivity Training from the University of California at Los Angeles, UCLA. Also in those years scenario planning had been introduced in Shell Venezuela and these exercises greatly improved the capacity of the company to adjust to new situations.


In late 1974, as the debate on nationalization entered into its final stages Shell decided to name Alberto Quiros Corradi as new president of Shell Venezuela and to promote Ken to Regional Coordinator, Oil and Gas, Western Hemisphere, in London’s Shell headquarters. He left Venezuela that year and, until a few days ago, I had never met him again.


Last September 8, almost 40 years after his departure from Venezuela, I went to visit my former boss and dear friend, Ken Wetherell. He lives in Dorchester, a beautiful village near Oxford, England, complete with three cozy  inns, a museum and a wonderful abbey. Kenneth was waiting for me at the door of his home when I arrived and, apart from the inevitable changes imposed on us by the passage of time, he was the very same Ken Wetherell I had worked for in the 1970’s.  In particular his sense of humor was intact and his memory razor sharp, as I rapidly noticed when we started to exchange information about common friends and former colleagues.


Kenneth had been in Venezuelan localities I had never visited, such as Casigua,  the most remote oilfield operated by Shell in Venezuela. He had and still has an intimate knowledge of the Venezuelan geography. As we talked he showed me some of a series of delightful vignettes written about his Venezuelan years. One about Jose Giacopini is a masterpiece of psychological profiling. Another one about his days in Lagunillas, where he arrived, from Bogotá, Colombia, to replace Rafael Guariguata, is hilarious. A description of his relationship  with the top catholic authorities of Zulia at the time: Domingo Roa Perez and Donato Maradei, recreates admirably the attitudes of both men. I hope he decides to publish them some day.


Ken took me on a mini-tour of the village and showed me the Abbey, an important landmark of Dorchester. He explained to me how Dorchester had been a very important stop-over in the main road to London. The archbishop of Dorchester in those days was in line for the top posts on the hierarchy, which is not the case today. As we arrived to the Abbey the village’s symphony orchestra was rehearsing Mozart’s symphony #39 (or #40? ), which added to the wonderful atmosphere of the place. The stained glass work of the Abbey is magnificent and evidences the importance it once had. 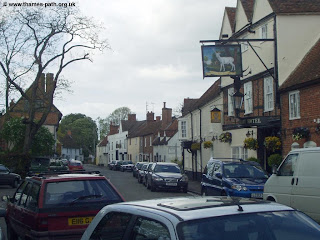 We also visited the small museum where they keep archaeological artifacts dating back to early centuries.


In the way back to the house Ken stopped to say hello to a lady neighbor and gave her dog  candy that he always carry in his pockets. He is very popular in the village, not only with humans but with canines as well.


We had lunch at home, talked and traveled back in time to the days in which we worked together.


In Dorchester I had a brief and nostalgic trip to the past in the company of Ken Wetherell,  a grand English gentleman and dear friend. It was a somewhat nostalgic reunion, as so many of our common friends are no longer with us, but I was glad to have visited him.  I can now think of him in his Dorchester home, surrounded by flowers and kind neighbors.  Kenneth keeps busy with his intellectual work that includes translation of historical works from the Spanish, such as a History of Cartagena and a volume on the separation of Panama from Colombia.

Yes there was indeed a change when Mr Wetherell substituted Mr De Liefde as president of CSV. he was more laid back, informal , but very effective at making the company a corporation rather than a collection of feud like departaments . Also Remember his kindly face , use of suspenders and the fact that his favourite drink at company parties wasnt whysky but local rum. Also remember young Gustavo , the guy who wrote those wonderful chronicles on indonesia while stationed there , the legends about how good he was that central offices wanted him as head ofthe geology dept even when there was someone more senior who traditionally would be proposed for the job. His fame as someone brilliant and at the same time good humoured and decent , at how he would sit in a totally dark office with a lamp lighting only the paper on the desk to improve his concentration, and so many other memories that set him apart as an oil mans oil man , uncompromisingly honest and brave in facing the sometimes abusive pols of those days.