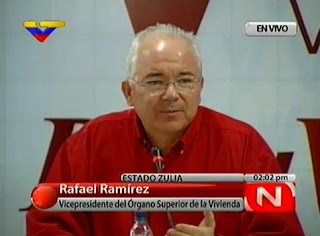 Rafael Ramirez is the Minister of Energy and Petroleum of Venezuela. For the past 11 years he has also been the President of the state-owned petroleum company, Petróleos de Venezuela (PDVSA). I would like to describe in this article how he led the company into bankruptcy. In so doing he has also generated economic and social chaos in the country, since petroleum is the only source of foreign currency for our nation. It represents 96 percent of all Venezuelan exports. Bankruptcy is essentially a financial term, but it can also be applied to the operational, organizational and ethical aspects of a corporation. I argue that PDVSA is bankrupt in every one of these aspects. I will use the official data provided by the company in its Annual Report for 2012 to support this assertion.
read complete article in:
http://infodio.com/190913/rafael/ramirez/bankrupt/pdvsa
Publicado por Gustavo Coronel en 10:02