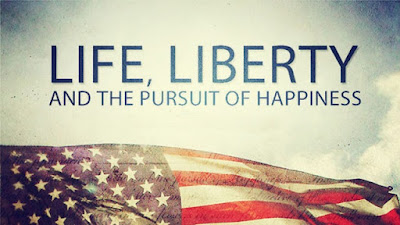 
As a result of these perceptions my American Dream has gone a bit sour. But at my age I cannot move to Australia, I might not even survive the trip. Nor I really want to do so. I will remain living in the U.S., which I still see as a great country. I have come to admire, respect and love the United States of America as much as I love Venezuela, my country of birth. I still see around me much of the social good qualities mentioned by De Tocqueville and have decided in my heart that this is the country where I want to spend the rest of my life. Being a citizen allows me to be both appreciative and critical. And, being a native Venezuelan, I will keep trying as hard as I can to persuade my country of birth to adopt many of the good qualities that have made the U.S. the great country it is today.
Publicado por Gustavo Coronel en 7:36

Great article, Mr.Coronel I could not say it any better. One thing, I believe that the reason for racism and division showing up its ugly head again when the country was in a healing course its due to our first black president who "ala chavez" believes in socialism and strife and division. Agree also about the attitude of Latin Americans who come here and do not assimilate but pretend that Americans and the country in general conform to their needs and desires, not the other way around, besides they have no appreciation or gratitude toward their host.

Trump is a populist, dishonest, narcissist, arrogant and rich fool. Yet he has made a connection with the frustrated, angered and resentful masses which can't be taken for granted. This is the same of connection Hugo Chavez did with many Venezuelans and that is why chavez got elected. Knowing the result of the Venezuelan experience, we can only hope to connect with those frustrated masses so we can convince them that choosing Donald Trump as the Republican candidate, which could lead to choosing him as the president of this great "gone sour" nation, would be a huge mistake that would put this country in much danger. I do not think he would be mentally stable to handle the daily issues that the office of the President deals with everyday. Additionally, being as arrogant as he is, because as he says "he consults with himself first because he has a good brain", would make him as dangerous as the dictator of North Korea and perhaps would bring this nation with a
conflict with at least one or two of the most powerful nations of the world.
Stop Trump, the right wing chavista of the USA.