CHAVEZ AMBASSADOR, TALKING AT CSIS, TRIES TO DEFEND REFORM TO THE VENEZUELAN CONSTITUTION. 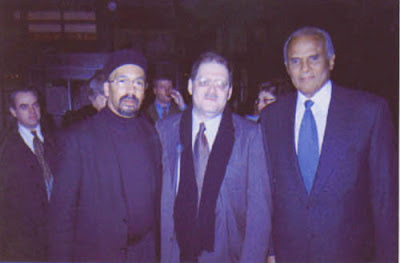 The Ambassador and friends from TransAfrica Forum (Archive).

Chavez Ambassador to the U.S. speaks in defense of Chavez proposed coup d’etat.

**Chavez’s Ambassador to Washington told his audience that Thomas Jefferson would have approved the need for a Venezuelan Constitutional reform.