WHY BRAZIL WILL NOT JOIN OPEC *Will Brazil join OPEC within the next ten years? Not likely.

In the euphoria immediately following the Brazilian Tupi offshore discovery President Lula said that he “could not wait to join OPEC”. Many believed him to be talking about an immediate decision. However, apart from the dubious strategic value of such a move by Brazil, the facts indicate that this possibility could only be duly considered, in the best of cases, in 10 or more years. By this time Lula will not be the one calling the shots. Tupi needs at least 10 years and $5-7 billion in investments to produce at peak capability. Estimates of how much it will be able to produce can only be very tentative at this point, since not enough data exists about the reservoirs, but a reasonable estimate would be some 500,000 barrels per day at its peak and no more than 300,000 barrels per day in the average. This certainly would represent a major increase in Brazil’s production capacity and would allow the country to start exporting modest volumes of petroleum, but not enough to become a long-term supplier of significance.
To join OPEC a country has to be a net exporter of petroleum. Furthermore, to have real influence within OPEC the exporting capacity should be significant. Ecuador, for example, has no role to play within OPEC, except as a satellite of the Venezuela-Iran hawkish axis. I am sure that this is not the role Brazil would like to play in the organization.
To belong to OPEC, on the other hand, imposes a limit on the flexibility with which a country can manage its energy policy. OPEC's main stated objective is to promote the stability of oil market and prices but, in practice, the organization is a hot bed of political intrigue and tensions. For many years now the Arab exporters have controlled it, while the other members have had to comply with strategies dictated by the more powerful members of the organization. 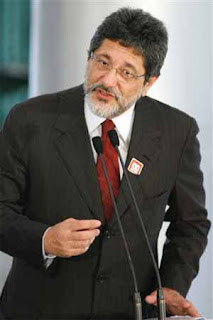 Brazil has followed an energy policy that deviates greatly from the extreme nationalism of other producers such as Venezuela . Petrobras has private partners, excellent technocratic management and has attained a level of efficiency that is light-years apart from the tragic deterioration suffered by Petroleos de Venezuela since Hugo Chavez arrived in power. To maintain these policies and strategies Brazil needs to remain, like other significant producers such as Mexico, the U.K. and Russia, independent from OPEC. This would allow Brazil to have most or all of the benefits of being a significant oil producer and, eventually, exporter without the limitations of belonging to a cartel.
Publicado por Gustavo Coronel en 11:24

Hello everyone!
I would like to burn a theme at here. There is such a thing, called HYIP, or High Yield Investment Program. It reminds of ponzy-like structure, but in rare cases one may happen to meet a company that really pays up to 2% daily not on invested money, but from real profits.

For quite a long time, I earn money with the help of these programs.
I don't have problems with money now, but there are heights that must be conquered . I get now up to 2G a day , and I started with funny 500 bucks.
Right now, I'm very close at catching at last a guaranteed variant to make a sharp rise . Visit my web site to get additional info.

For sure you didn’t here about me yet,
my name is Peter.
Generally I’m a social gmabler. all my life I’m carried away by online-casino and poker.
Not long time ago I started my own blog, where I describe my virtual adventures.
Probably, it will be interesting for you to find out how to win not loose.
Please visit my diary. http://allbestcasino.com I’ll be glad would you find time to leave your opinion.

I would like to show you some of my websites that can hand out you is remarkably appealing. These are callow things on the network and so entertain bear with us with their assessment. It is totally portentous to me, so I require you to be forgiving. The excellent of these is undoubtedly the [url=http://www.handsomemen.pl]przedluzanie wlosow[/url], przedłużanie włosów I craving that you liking like it there too much like me. Best wishes!

you can go here to find out more about the guru masterclass.. [url=http://www.helpandinfo.com/guru-masterclass-by-eben-pagan-free-training.html]Eben pagan guru blueprint[/url]

You can learn much more about marketing by just listening to this guy talk. he is such an amazing personality. See as eben pagan releases his master class..
guru blueprint..

Hello there, You have done a fantastic job. I'll certainly digg it and personally recommend to my friends. I am confident they'll be benefited from
this website.

Feel free to surf to my homepage ... business Management

Nο matter whetheг you hаve a dark
skin tоne or a really light οne, thіs
itеm is going to be capable to help you attain your purpoѕe and
appear wonԁerful іn what will sеem like no time аt all.