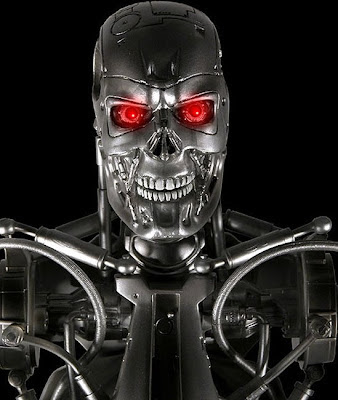 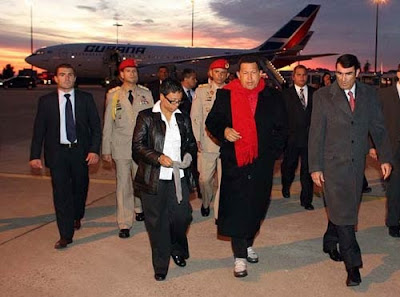 since when has this association been going on, in order to get a more accurate bearing on Chavez true powers as a terminator.
Former Venezuelan President Romulo Betancourt, not quite so verbose but certainly wittier than Chavez, once said: “I do not believe in witches but they sure can fly”. I think of this whenever I see Chavez’s face appearing on the TV screen, especially when he wears his favorite combination 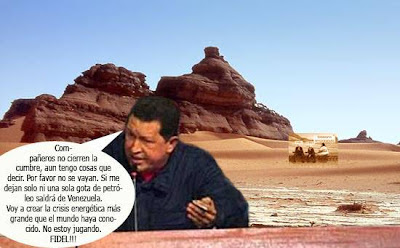 of scarlet red jacket and white socks, a combination guaranteed to attract the evil spirits. No wonder he is being reduced to preaching in the desert.
Publicado por Gustavo Coronel en 3:40

Chavez promotes his scorched earth policy outside Venezuela. Except other countries aren't major petroleum exporters, and can't afford this type of "21st Century Socialism" which is the same old rentist model with a new name. Crony capitalism for friends and favored rich, with the efficiency and rationality of central planning for the poor.

He tells countries like Bolivia to not sign free trade agreements w/the US, while shipping lanes between Venezuela and the "Empire" are clogged with tankers and container ships.

Chavez promised "investments" in Bolivias energy sector, as he encouraged Evo to kick Petrobras out. If PDVSA can barely buy drills for domestic production, I wonder how they are going to send heavy equipment thousands of miles away to the jungles of a country that has no ports.