A presentation about Venezuela in WOLA, Washington DC 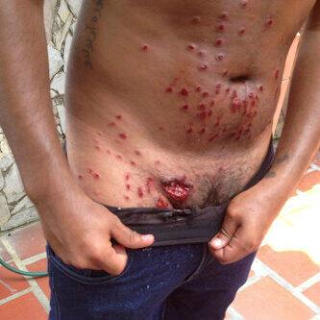 This is a member of the Venezuelan opposition, a student

Today I attended a presentation on the Venezuelan situation in the offices of WOLA. The presenter was Georgia University Associate Professor David Smilde, who has had extensive experience in Venezuela.   As I understood him , he made three basic points: (1), the results were surprisingly close but the electoral process went well; (b), the U.S. was wrong in not recognizing Maduro as president; and, (3), Capriles overplayed his hand by acting very aggressively and painted himself in a corner.


Professor Smilde tried his very best to be objective and he succeeded to a large extent, as far as his narration of the electoral process went. But he showed a moderate pro-Chavista bias when interpreting the Venezuela events.


(1). He said results were surprisingly close and that Maduro had emerged weaker from the process. He said that every poll had given Maduro 10 or more advantage points before the elections. He forgot to mention one pollster (DATAMATICA) that saw Capriles winning or another pollster that saw Maduro winning by one point (DATIN). Other pollsters, such as Hinterlaces, GIS XXI and Meganalisis, all of which predicted a landslide victory for Maduro are clearly paid by the government and lack all credibility. DATANALISIS was categorically wrong and should probably retire from the business. What really happened was that Maduro ran a pitiful campaign and managed to lose whatever advantage the deceased Chavez had passed over to him. The man is an illiterate and unfit even to drive a bus, much less to govern a country. He managed to lose almost one million votes that had gone to Chavez in the last elections.


The professor also said to us that the Electoral Council had performed well. He did say that Mrs. Lucena, the head of the Council, was pro-government  but left us under the impression that she was a fair person. He did not mention clearly that the other three ladies were equally pro-government. In fact, all four ladies are controlled by the regime and are simply ordered to do what the regime wants them to do. The professor showed bias in saying  that the Council had  performed well when, in reality, they systematically refused to clean up the REP, the voter’s register, from deceased voters, from people over one hundred years old, from voters without fingerprints and other irregularities and  forced  voters abroad to travel 1400 miles to vote. They also failed to penalize numerous abuses of power and violations to the law by the government during the campaign. The day of the elections there were many irregularities, including intimidation and assisted voting (in which a person clad in strong red colors, the color of the regime, “helps” the people to vote behind the curtains, no doubt making sure he, she votes for Maduro).


(2) Professor Smilde also said that the U.S. had made a mistake not recognizing  Maduro’s  win and that Maduro felt “betrayed” by the U.S. He said that the U.S. was isolating themselves since most Latin American countries had recognized Maduro.  In   this respect I can only say that governments meeting in UNASUR did recognize Maduro but demanded the audit in order to do so. This is what Santos and Piñera said after the meeting. I find this posture too pragmatic for my taste, in fact hypocritical,  and feel that the position of the U.S. is more principled.


(3) The professor said that he felt Capriles had acted very aggressively just after the election, calling for pot and pans demonstrations, calling Maduro illegitimate and calling for a march to the CNE. He said that Capriles had “painted himself into a corner”.  I strongly disagree with the professor. All indications were that Capriles had won the election and that Maduro as trying to steal it from him. His actions were justified on that basis. On the other hand, aggressive, insulting language has been Maduro’s and his cronies: Cabello, Jaua, Iris Varela (please see video of Mrs. Varela calling Capriles a drug addict and telling him that she is going to put in prison. She is the “minister” of prisons and during her tenure hundreds of inmates have died in violent clashes. She has been photographed sitting on a prison bed with the leader of a criminal gang). See video : https://snt137.mail.live.com/default.aspx#n=1362988789&fid=1&mid=27e6aff0-ac60-11e2-95e3-001e0bccc9ae&fv=1, (where she calls Capriles by his mother's name, incorrectly, "Radosky". ) 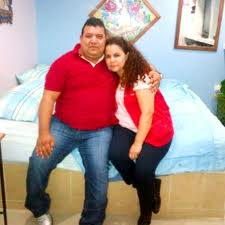 The  violence of the regime is very well documented. The opposition has no guns, nor shock troops, the regime does.  I am willing to go to a session of WOLA to show graphic proof of such violence. 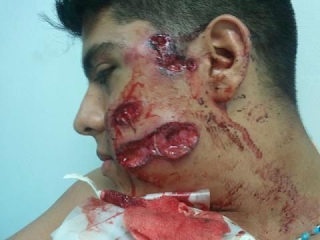 In summary, I felt that professor David Smilde gave us a reasonable , although sketchy, account of the current Venezuelan situation but showed a definite bias in favor of a political regime that, in my view, is behaving in a disastrous manner. I thank the  moderator, Mr.  John Walsh for letting me use more time than I should have as a simple attendee.


I must say that the Venezuelan situation calls for an open debate so that U.S. audiences can get both sides of the coin. Could we have one in WOLA soon? Two on each side? How about it?
Publicado por Gustavo Coronel en 16:29

what is WOLA? seems like the Georgia Professor was "loco de bola" o "comprado de bola".

The problem with presentations such as that of Prof. Smilde is that the audience, if not truly aware of what is happening in Venezuela, tend to take his words as being true in every aspect, as those words come from an "authority figure" or subject-matter expert. I think his views should be challenged with evidence to the contrary. Gustavo: I think you can request a debate with this professor and give him a run for his money. You are definitely not lacking material to back your views.

If current events in Venezuela continue as they have been over the past ten days since the election, we are heading for an explosion and all the "experts" are going to find themselves forced to dance around their earlier analyses, which will then be recognized as flawed.

And clearly the most glaring flaw, given what is presented here, is Smilde's description of the CNE, and especially Tibisay Lucena, as "fair."  The four women on the council are nothing less than "militant" in their posture, which has nothing in common with "fairness."

It would be very helpful if the Obama administration began to circulate some of the particulars about what has gone wrong in the Venezuelan presidential election, but they do not seem to have the wisdom to give themselves a chance to cover their bases.  Given Secretary of State John Kerry's personal history of public statements on Chavez and the FARC, I must say that I am not encouraged to think the Department of State will wise up either.

Al anónimo, WOLA is Washington Office on Latin America, based in DC.

Watching the terrible shocking images of students victims of castromadurism on today's post I wonder why no one comments on it.Not even that "anonimous"that always insults our respected G.Coronel.How will he defend his illegtimated friends in power that ordered to fire at close range at face,genitals and knees of the protesters.Als

With all due respect to Prof Smilde, if the Venezuelan illegitimate regime is so trasparent & openly democratic, loving of human rights & tolerant to the opposition, liberty-loving and is soo respectful to other people´s constitutional rights why doesn´t Prof Smilde take an año sabatico in Venezuela or better yet apply for permanent residence and move to Caracas?
It always makes me laught how left wing academics and intellectuals always sing the praises of socialism while they sip a good whysky etiqueta negra 12años from the safety & confort of their backyard in their perfectly manicured neighborhoods in safe street, USA. C´mon chico, get real!

If George Washington & the founding fathers had not acted so "agresively" against the English Crown, Prof Smilde would still be defering to & owing allegiance to Queen Elizabeth II and her descedants. He may feel that is OK to have his rights and liberty trampled on by a bunch of comunists analfabetas, I don´t.