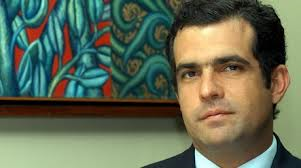 Thursday, July 11, 2013 lawyer Alfredo Romero spoke in The Hague, in the World Justice Forum, denouncing the tragic situation of political prisoners and the harassment to which Venezuelan political dissidents are subjected. Lawyer Fernando Vegas Torrealba, Vice-president of the Supreme Tribunal of Justice, who was attending the Forum, immediately stood up and made an impassionate defense of the revolution while criticizing the opposition. 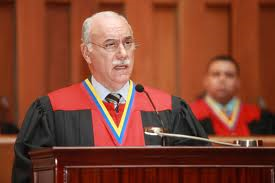 Magistrate Fernando Vegas Torrealba
Lawyer Alfredo Romero commented to the audience that such a posture by a magistrate of the Venezuelan Supreme Tribunal of Justice precisely confirmed what he had been denouncing, this is, the political control exercised by the Venezuelan government over the judicial system.


Lawyer Fernando Vegas Torrealba often performs on behalf of the Venezuelan authoritarian government in domestic and international events, in spite of being a magistrate of the Venezuelan Supreme Tribunal. In 2011 he made an all-expenses paid tour of U.S. cities, in which he spoke of the excellences of the revolution of Hugo Chavez. I attended his talk at American University in Washington and must say that the audience, mostly made up of lawyers or students of law, was extremely surprised to see a member of the Supreme Tribunal of Justice of a country with democratic pretensions taking such an unabashed political posture. See my post: http://lasarmasdecoronel.blogspot.com/2011/02/fernando-vegas-torrealba-vergonzoso.html
Publicado por Gustavo Coronel en 8:51