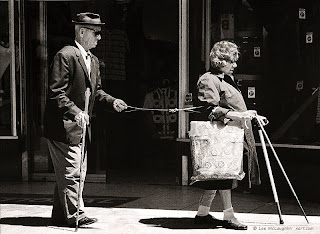 Coronel: Venezuela's PDVSA in Ecuador -- The Blind Leading the Blind

Rafael Correa handed over the Sacha oilfield to Venezuelan state-owned oil company PDVSA in 2007, hoping that the field could be better operated by an expert company. Sacha is one of the last known light crude oil deposits of the country.
PDVSA promised to increase production in this field by some 20,000 barrels per day. Today the production has actually declined and this has forced the Ecuadorians to ask for a revision of the contract.
Original contractual conditions were such that Ecuador experienced a loss of about $50 million and risks losing up to $500 million during the life of the contract.
Some of the loss is connected to the performance of two drilling rigs brought in by PDVSA, CPV 16 and CPV 23, in 2007 and 2008. Although their rates, as promised by PDVSA, would be lower than rigs owned by international contractors such as Helmerich & Payne, they also proved to be much less efficient, requiring twice as much time to drill a well and to move the rig from one location to the other. To make things worse, in January of this year one of the two rigs collapsed, hurting one of the members of the crew.
Low costs were a mirage
During 2010, PDVSA received $12 million for the use of the rigs. This amounts to a daily rate of about $30,000, although they had been promised to work for $8,300 per day. This was no longer a bargain since it was similar to the ones prevailing in the industry. When combined with their lack of efficiency, the result has been highly damaging to Ecuador.
However, in the refining sector Venezuela comes out as the loser.
According to PetroEcuador, the exchange of Ecuadorian crude oil for Venezuelan refined products has been highly advantageous to Ecuador, amounting to a handout from Venezuela of about $250 million during the three years of the exchange.
This exchange has been a political decision made by Hugo Chavez to keep Rafael Correa under his belt. There is little or no transparency in this transaction.
There are doubts even that the shipments of crude oil from Ecuador have effectively reached Venezuela. They might have been partially diverted to other countries, being sold in the open market through trading companies such as Trafigura. This company was once related to notorious buccaneer Marc Rich and has been linked to marketing scandals in the past. A favorite PDVSA contractor, Wilmer Ruperti, was once the representative of this company in Venezuela.
The activities of PDVSA in Ecuador have been mediocre, to say the least, and provide a good example of the blind leading the blind. It illustrates why a country should call real professionals to help them, instead of establishing technical and commercial relations based on political ideology.

Gustavo Coronel was author of the Cato Institute study "Corruption, Mismanagement and Abuse of Power in Hugo Chavez's Venezuela" and was the Venezuelan representative to Transparency International from 1996 to 2000. In 1994, he founded Pro Calidad de Vida, an NGO promoting anti-corruption techniques in government and civic education for children in Venezuela, Panama, Paraguay, Mexico and Nicaragua.
Coronel was President of Puerto Cabello in Venezuela from 2001 to 2002. He was Chief Operations Officer (COO) and acting CEO of the Corporacion Venezolana de Guayana (CVG), the $35 billion Venezuelan government conglomerate designed to exploit and run all of Venezuela's mineral, metal and mining operations, from 1994-1995. He was on the Board of Directors of PDVSA from 1976 to 1979.

Gustavo, your article is great, in despite of the activities of PDVSA in Ecuador (mediocre as everything that involves that company in the last ten years), Venezuela have the people to change that. Venezuelan know that the country needs new ideas and new concepts. They are tired.

Rafael Correa's thought: "I use this venezuelan fools to my interest and I use the dollar as Ecuador money".

I think Venezuela will change this situation sooner. People like you have to consider the possibility of a return to the country in order to help.

I will be in Venezuela in the first flight I can get, the day after....

And I will be on th eplane with you, Sr. Coronel.

How interesting that the regular brown-noser hasn't really had anything to say recently about his master.

Is he out for real? our nedia-guerrilla has been quiet for a few posts... did he really give up? he was the only one from the other side to provide their point of view, may he got fired by his boss.

On a serious note, a plan is required to start recovering and re-organising the country after this peste leaves, I´m not saying this forum is the right place because it has a dedicated mision: to document and disclose chavizta abuse, but Mr Coronel, perhaps a sister blog could be enabled to collect good ideas from Venezuelans and other countries citizens on how to best restore order in Vzla after the Chavizta nightmare ends (hopefully soon), a sister blog would be a a good way to express and document ideas and sentiments while keeping this forum free for its intented mission...

My blog has enough latitude to include ideas on what to do after Chavez is gone. I invite ideas on this topic. I am sure there are citizens thinking of this in think tanks both in Venezuela and other countries. Diagnoses abound, what really has to be done is to select a good team to accompany whoever is going to be the next president. A first stage of the reconstrution will be the dismantling of the socialist arroz con mango put together by Chavez. In order to "remodel the house" we have to start by tearing down unwanted partitions...

Ugh! I spoke too soon. Troll alert: he's back.