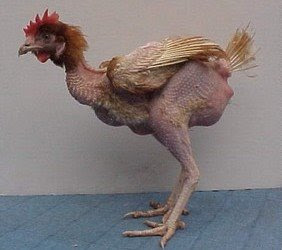 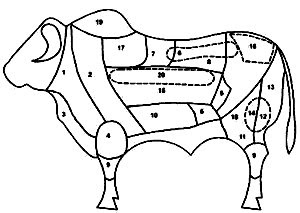 Venezuela’s state oil company Petróleos de Venezuela, S.A. (PDVSA), already beleaguered because of falling oil prices and problems paying suppliers, has yet to release its audited 2008 financial report. Last year, it had released its 2007 report – audited by KPMG -- in March.

“My guess is that the main reason we have not seen audited statements so far this year is that KPMG is questioning the accounts receivable numbers,” says Roberto Bottome, editor of the Caracas-based newsletter VenEconomy. “There also may be a problem with PDVSA's overseas purchases.”

In February, Venezuela’s energy ministry provided the national assembly with a report on PDVSA and chemical company Pequiven. According to the report, PDVSA registered 2008 revenues of $134.6 billion, an increase of 39.9 percent. Meanwhile, net income doubled from $6.3 billion in 2007 to $12.1 billion last year, it says.

“The figures given in the report are unaudited, but a back of the envelope estimate suggests that the income figure given by Venezuela is highly unlikely,” says Gustavo Coronel, a former member of the board of PDVSA. Both Bottome and Coronel doubt the official production figures released by the Energy Ministry.
“I believe PDVSA's production figures are fudged,” Bottome says. “We are talking about some 900,000 b/d worth $28.5 billion at PDVSA's export price…If so, that would mean sales are $28.5 billion too high and expenses also $28.5 billion too high.”
According to the report from the Energy Ministry, Venezuela last year had an average of 3.2 million barrels per day of production and 2.9 million bpd in exports.

“Even assuming a 3.2 million bpd production, which I don’t believe for a minute, we would have to subtract 800,000 bpd for the domestic market; about 500,000 subsidized oil going to Cuba, the Caribbean states, Central America and South American countries (Bolivia, Argentina, etc. and about 200,000 bpd going to China - not paid because this is already a payment for a $4 billion loan),” Coronel says. “That adds up to 1.5 million bpd not sold at commercial value. If the remaining 1.7 million bpd or, even, 2 million bpd as net export are sold at commercial value and multiplied by an average price of $80 per barrel during 2008, that comes out to about $57 billion", he says.

The rest of the produced oil, the 1.5 million bpd obtained a price way below that, since domestic oil sells for about $12 per barrel, Cuban oil is essentially free, the Caribbean states pay 60 per cent of the bill in cash, when and if they can, etc, he points out.”Even assuming a generous estimate of $50 per barrel price obtained from those volumes, we would get some $27 additional billion,” Coronel says. “Total income sounds, therefore, more like $84 billion, close to Pemex's but much lower than Petrobras…I think the income is even lower than that, because I believe production is much lower than they claim.”

“Those are – mostly -- cash outlays,” Bottome says. “And that doesn't leave much to pay contractors, for new investments, or debt repayment etc., especially in the fourth quarter when the bottom fell out of the market and "government take" was reduced to just $4.0 billion - all of which went to taxes etc. Add to that, the collections from Cuba, Argentina, PetroCaribe and the like are slow to non-existent and you have a major cash flow problem.”

PDVSA’s main problem is rising costs rather than changing revenues, argues Venezuelan economist and energy expert Jose Louis Cordeiro. ”The problem is not the rising sales, but the rising costs,” he says. “Chavez went two weeks ago to borrow $4 billion in Brazil with Lula and [development bank] BNDES, and the president of PDVSA went last week to Japan to try to borrow another $3 billion. This clearly indicates the complete collapse of PDVSA, not only financially, but also operationally.”Last month, Venezuela seized the assets of about 60 oil service firms after a new oil service law was approved. “Foreign expertise in the sector is badly needed and PDVSA lacks funds to compensate such firms and any takeover could result in thousands of job losses,” warns UK-based risk consultancy Exclusive Analysis. “However, non-payment risks for such firms are likely to increase, as PDVSA currently owes them at least $13.8 billion. As a result, several firms have idled a number of rigs since January, while drilling operator Ensco said it would terminate its contract by 30 May unless PDVSA pays past invoices. If these firms idle their rigs for extended periods, risks of asset confiscation would increase.”
© Copyright Latin Business Chronicle
Publicado por Gustavo Coronel en 15:18