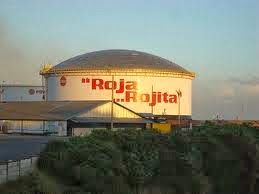 According to newspaper reports, see:  http://www.diariolasamericas.com/dinero/venezuela-tendra-que-importar-petroleo-1.html, Venezuela could be forced to import petroleum in the short to medium term. Analyst Boris Santos Gómez quotes Minister/ PDVSA President Rafael Ramirez saying that the production of heavy crude oil is becoming a major problem in the country, since there are not enough volumes of lighter crude oil to blend with the heavier oil from the Orinoco area, which now makes up the bulk of Venezuelan oil reserves. This blending, to obtain a commercial product, has been the traditional way this heavy crude oil has been marketed in the past. The other alternative, building costly, special refineries to convert the heavy crude oil into a lighter product is not feasible, since no plants of this type have been built by the government during the last 15 years.
Due to a combination of poor management, lack of strategic planning, ideological stubbornness and corruption, PDVSA is now approaching the unthinkable: importing oil!  In fact, for all practical purposes something along these lines has been happening already for some time. Not only has PDVSA been importing gasoline and gasoline additives from USA to feed the domestic market, at a huge loss, but their international commitments of light oil are being largely honored by buying oil from third parties, since Venezuelan production is no longer sufficient.
The report quotes Mr. Ramirez talking as if he was the owner of the oil: “My problem is that I have too much extra-heavy oil and I need to get more naphtha to increase production [of the blend]”. Explanation: Naphtha or light crude oil are blended with the heavy crude oil to produce a lighter, commercial product.
Of course, this is not possible under present conditions. And it will not be possible in the foreseeable future under the current political regime. PDVSA is now technically bankrupt, since its assets represent a lower value than its accumulated financial obligations.
If we were playing chess we could talk about PDVSA (and Venezuela) getting very close to being checkmate. The company has no competent management, is riddled with corruption and has no money for the investments and maintenance required, while the political regime does not have enough political credibility to allow foreign companies to invest the large amounts of money that would be required to reverse the collapse.
This is a major tragedy, which is not being understood in its true magnitude
The implications of this major tragedy for Venezuela and the region are only understood by a handful of experts. The bulk of corporations investing in Venezuela, foreign governments, debtors and major supplies of goods to Venezuela, do not seem to realize how desperate the situation of the company is. And, because oil represents 96% of Venezuelan income of foreign exchange, how desperate is the situation of the nation.
The current political regime of Venezuela is responsible for this major disaster. The management of PDVSA is both incompetent and corrupt. What is happening to the Venezuelan oil industry is more than enough reason for the major civic insurgency taking place at this moment in Venezuela, although it might not be the most obvious reason.


Investors in the Venezuelan oil industry should think twice before putting more money into an industry that has been run into the ground by the government. My advice: cut your losses and run.
Publicado por Gustavo Coronel en 2:00


The reality of the technological and managerial implosion at PDVSA under Chavismo may be the biggest open dirty secret of the modern age.

It really makes me wonder how even some of the most intelligent, respected, and reputable forecasters of Venezuela's economic future, such as Stanford's Ian Bremmer and Pimco's Bill Gross, can continue to insist that Venezuela is not headed for a catastrophe in the short term.  They both acknowledge there's trouble ahead, and Bremmer even sees a "steady erosion" in the country's future.  But they all seem to count upon the continuing exportablility of Venezuela's oil riches as offering a baseline guarantee of fiscal and financial solvency that just is not there.

We are witnessing one of the most catastrophic instances of the bungling of material resource wealth in all human history.

As Churchill said, under socialism the misery is shared by all. The chavista goal is to turn into another Cuba. Communism destroys another country.

Cuba used to be a major exporter of sugar but for many years they have had to import it now, if they can find someone stupid enough to give them credit. Venezuela is headed towards a 100% import economy if the chavistas don't fall.

There is a saying in Cuba that goes roughly "the revolution will be complete when Cuba imports sugar." Time to update the saying for Venezuela.

Its about time for the opposition to have a direct conversation with the commercial aggregates of China and tell them that if they have a hope to collect...at least some of the debt, they should stop financing the government. Besides, who knows what they are liquidating to get quick cash!

The faja oil production system is complex. To optimize it one needs to understand their pipeline and light to medium oil production rates and how they will decline in the future. I worked on this problem a few years ago, and I realized PDVSA didn't have any idea of what they had to do to solve it. Not even at the highest levels, nor did companies such as the Russians, ENI and Repsol seem to understand the mess they were headed into.

In conclusion, not only do they have a diluent problem, they seem to lack efficient means to deliver an effective diluent stream to the central plants in the Faja. Those giant oil reserves are not likely to produce more than token quantities of oil. And Venezuela's Faja oil basket is going to have a lot of low quality dumbbell crude with little market value.