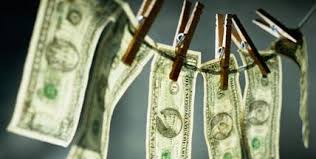 Recent reports in the Venezuelan press, see El Universal, June 26, 2013, http://www.eluniversal.com/opinion/130626/ecuador-blanquea-dinero-sucio-venezolano ),  quote an Ecuadorian publication that denounces what they define as  a large scale money laundering scheme between Ecuadorian and Venezuelan “businessmen”. The mechanism used takes advantage of the existence of the “Sucre”, a currency used by ALBA countries, and the fact that Ecuador is a dollar economy, to create false Ecuadorian exports to Venezuela, receiving bolivars and exchanging them into dollars without any supervision.


An example of this type of false transaction is given by the Ecuadorian magazine, Vanguardia, see:  http://www.revistavanguardia.com/index.php?option=com_content&view=article&id=508:el-agujero-negro-con-venezuela&catid=44:portada&Itemid=215  They describe the case of Ecuadorian company Privatum Management  Prinage S.A. “exporting” 100 tons of black pepper to a Venezuelan company called Multigran C.A., based in Barquisimeto, Venezuela. However, the real volume of the exports was 340 kilograms.  All in all the Ecuadorian company reported exports of black pepper to the Venezuelan company  to Venezuela for $ 14.4 million when, in reality, says the Ecuadorian Customs service, containers were largely empty.


I tried to contact the Venezuelan company before writing this note, in order to verify the story, but I was unsuccessful after five attempts at sending an e-mail message to company representative, Mrs. Ines Larios. The address of the company is: Multigran C.A. , MERCABAR ZONA INDUSTRIAL III GALPON BARQUISIMETO 3001,  VENEZUELA.