Timothy Tracy is unjustly retained in a Venezuelan prison 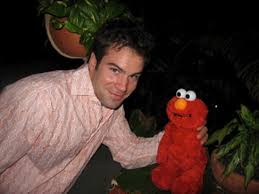 
“The [Venezuelan] government said Friday that Mr. [Timothy] Tracy, an American citizen, would be charged with involvement in acts of violence after the April 14 presidential election. Mr. Tracy was arrested by the intelligence police on Wednesday, April 24th, at the international airport near Caracas as he was about to leave the country…” 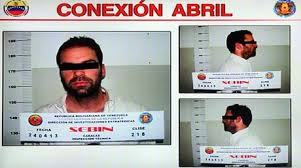 Mr. Tracy, 35, is a Los Angeles, California resident and was in Venezuela making a documentary film. He has been accused by the government of being a destabilizing agent. He describes himself and an independent film maker and producer and had been at work in Venezuela, filming both pro and anti-government followers. The New York Times quotes Police, Interior minister Rodriguez as saying that “Mr. Tracy had funneled money to student protesters who the government claimed were connected to postelection violence”.


More than a month later Mr. Tracy remains in prison without charges. He has been moved from a relatively safe detention place to a highly dangerous prison, the infamous El Rodeo, where violence is extreme.


Letters asking for his release have been published in Venezuela, signed by about 200 well-known Venezuelan intellectuals and film makers. So far, the actions taken on his behalf by the U.S. government, if any, have not yielded positive results. President Obama called his detention “ridiculous”, a comment bound to incense the insecure, controversial Venezuelan president Nicolas Maduro.


Paradoxically, young Mr. Tracy, if anything, has shown some sympathy for the government side and, in the course of his filming, made friends among the pro-Chavez followers in the poor sections of Caracas, including one guy who appears in public dressed as Che Guevara.


However, Chavez supporters in the U.S. have not shown a decisive inclination to help Tracy. A common lady friend asked Sean Penn for his help in obtaining Tracy’s release and Penn answered as follows:


“No prob. Hope they caught ur burgler. As for Ven. The difficulty, as I'm hearing it, is where the $ to finance the film came from. There is a lot of suspicion and this is a very tense and perhaps paranoid time there. The opposition(who allegedly financed him)killed nine Chavista's in post-election violence. None the less, that does not make him a spy, nor necessarily subject to imprisonment or criminal charges. My best hope is that they will simply deport him back to the U.S. I have spoken w/President Maduro's special advisor, Temir Porras(he's a good friend of mine), and he will let me know what direction this will go. I'm getting on a flight to Barcelona tonight, but will ck in w/all parties upon landing. I have already made my position clear w/the Presidents office and I am Confident that President Maduro has been made aware of that. He and I worked together when he was Foreign Minister to gain the release of Americans jailed as spies in Iran. I consider Maduro a friend, and have only known him to be reasonable. Hopefully he just got some bad information and the mistake will be recognized. I hope Tim's family is holding up alright. Best-s."

Sent from my iPhone


Mr. Penn seems to believe, and says so in his message, that Timothy Tracy was financed by the opposition and that the opposition “killed” nine persons in the post-elections protests. Although his answer is not unsympathetic, he is not promising anything. I understand another friend of the Venezuelan regime, Danny Glover, has also been contacted on behalf of Mr. Tracy, results unknown.
This detention is modeled after the Cuban detention of Alan Gross, designed to be used as a bargaining chip against “the empire”, in total disregard of the human rights of the prisoner and subjecting his family to extreme mental anguish. As a Venezuelan born, who lives peacefully in the U.S. and feel fully protected by the law in this country, I am appalled that the government of my country should mistreat a U.S. citizen in such a manner.
I ask the OAS and the U.S. government to take all possible actions under international law to guarantee Mr. Tracy’s release and early release from prison.

Venezuelan ilegitimate authorities (they are there because they have fixed or rigged the election results after loosing the elections)are copying Cuba's style to jail anyone on any excuse to use the unfortunate jailed persons as barganing chips with other governments (USA in this case).It is a despicable, unjust and inhumane practice. But this is their trademark.